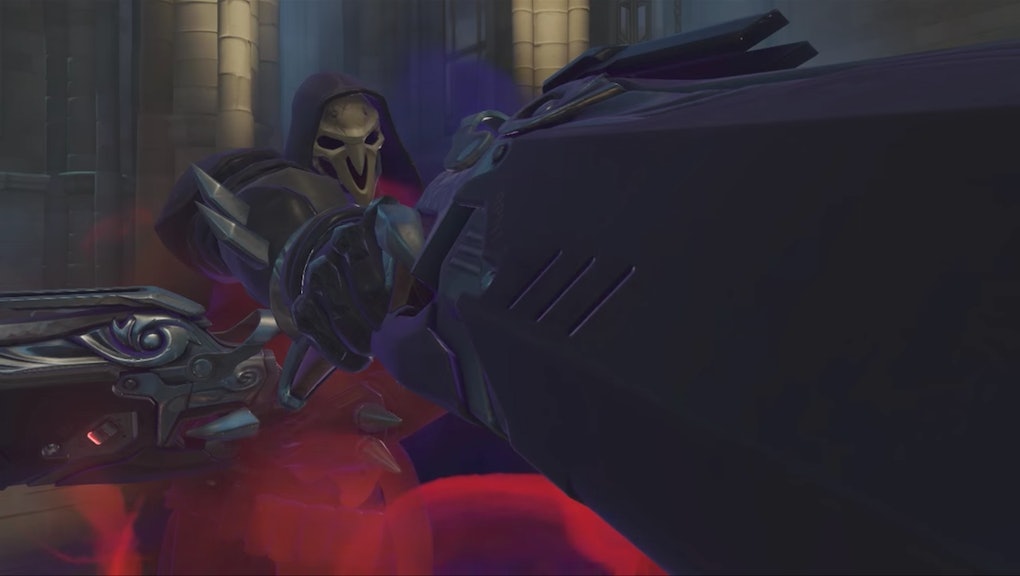 Reaper is literally one of the most popular characters in Overwatch. Some folks love his angst and ship him with his frenemy Soldier 76, while others are terrified because they still have nightmares about Reapers executing them while looking like a dang dreidel.

Consequently, his recent buff caused of quite a bit of controversy in the Overwatch community.

No word strikes fear into the hearts of veteran Overwatch players like the word "Beyblade." It's a word that hasn't been used in a while, as it specifically describes a Reaper/Ana combo that became obsolete when Ana got nerfed.

However, with the recent Reaper buff that allows him to self-heal — not from killing but from percentage of damage done — people are worried that good ole Beyblade might be creeping back. For some cool Beyblade tricks, check out the video below.

Other fans, are excited about their favorite hero getting a buff, but sad about the fact that it's at the cost of the little soul orbs.

Overall though, it looks like everyone who isn't a Reaper player is going to be running for their lives for a little while. This buff seems pretty strong, and it seems like Reaper will specifically be difficult to kill when he's doing his ultimate — but we'll see.

In the meantime, Reaper mains have some fun times in store with this rework.