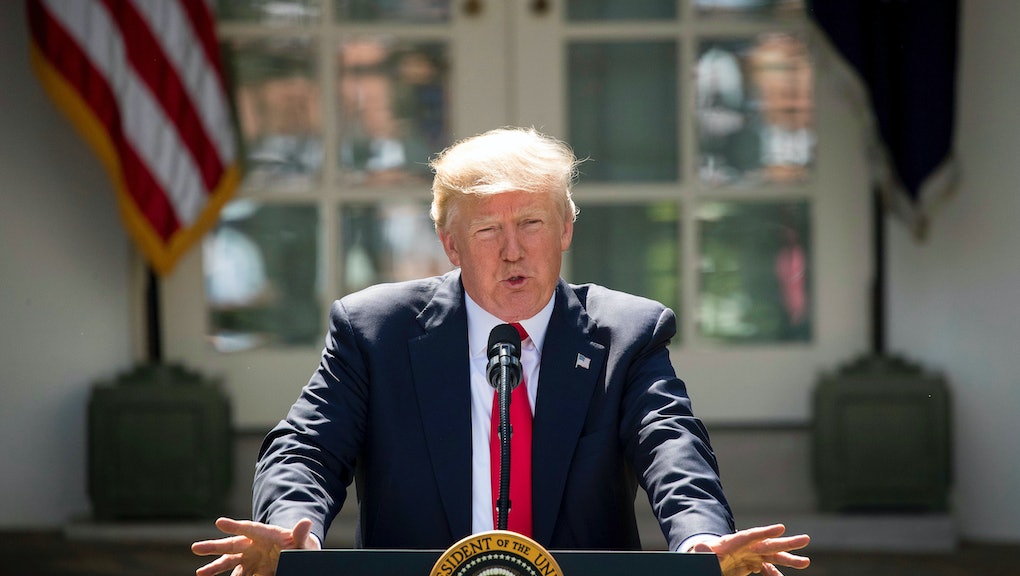 Before announcing his decision regarding the Paris climate agreement on Thursday aftenroon, President Donald Trump spoke out about the hotel shooting in Manila from hours earlier, which left several people injured.

"Our thoughts and our prayers" are with those affected by the "terrorist attack in Manila," he said.

"We are closely monitoring the situation, and I will continue to give updates, anything happens, during this period of time," he continued. "But it is really pretty sad what is going on throughout the world with terror. Our thoughts and our prayers are with all of those affected."

But according to multiple sources, including CNN, officials on the ground are saying that it actually hasn't been considered a terrorist attack, but is suspected to be an attempt by one thief to rob gamblers at the hotel. The Associated Press also echoed this statement, noting that there was no evidence that the attack was terrorism.

According to reporting from NBC, a U.S. intelligence official said that Trump was "freelancing" when he referred to the shooting as terrorism and that "a laugh went up in the Situation Room" when he made the allegation.

Although Trump was briefed on the attack before his Rose Garden speech, it remains unclear as to what gave Trump the impression this was a terrorist attack or why he announced it as such.