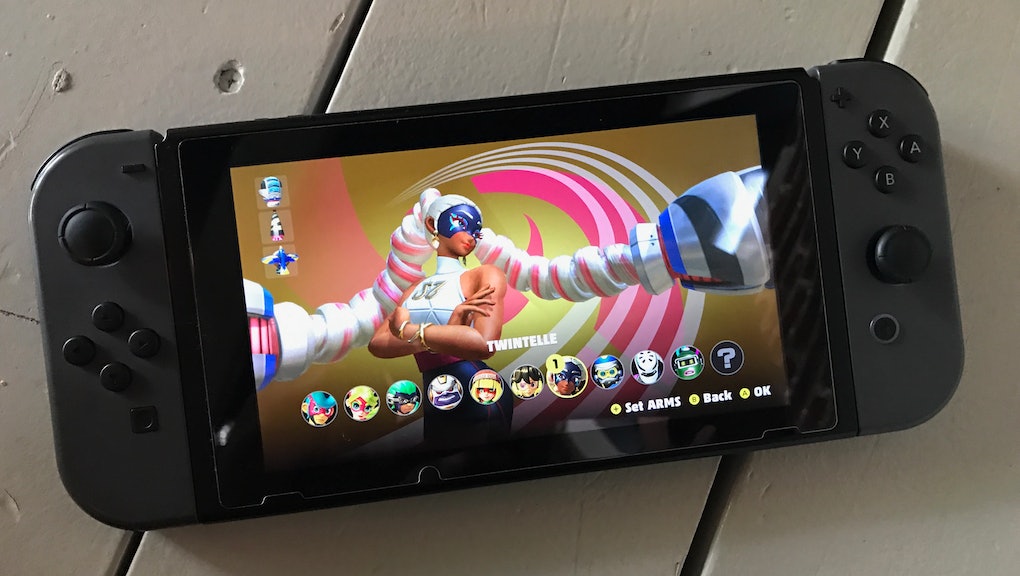 ‘Arms’ Twintelle Tips and Tricks: How to dominate with the character in Nintendo’s Global Testpunch

The Arms global testpunch limits which characters you can use during the beta. Newer additions like Kid Cobra, Byte & Barq and Twintelle were off limits during the first weekend of the demo. For part two of the Arms global testpunch things have changed. According to Arms' official account on Twitter (with translation from NinMobileNews), Twintelle will now be playable due to her high demand. Here's what you need to know if you plan on winning with the arm-slinging celeb.

Part of winning with Twintelle is knowing the Arms she's working with. By default, Twintelle comes with these arms initially.

The Chilla arms will knock your opponent square in their jaw and freeze them for about a second, allowing you to get another hit in. The Parasol arm can act as a shield, preventing incoming punches from connecting. The Thunderbird arm is a ranged weapon that will send a tiny bird flying into the enemy. Use all three wisely.

Twintelle can freeze time, sort of.

Like many characters in Arms, Twintelle has a unique way of dodging attacks. Unlike Ribbon Girl's ability to continually double jump or Ninjara's disappearing act when evading attacks, Twintelle is able to slow down things in front of her. Fire a punch or toss a projectile and Twintelle can slow down, giving her just enough time to evade.

Grabbing is one of the easiest ways to rack up hits against your opponent. While Twintelle's grab may not be as potent as the 200 damage Master Mummy deals, 160 is still sizable. Grab through shields or whenever there's an opening.

We've noted before how you can swap character's color palettes. On Arms' character selection screen, click in the left stick and move it to the left, right or down position while still clicking in. Hit the A button to confirm your choice. You'll end up with a Twintelle with a different outfit and hair color. Beat your enemies in style.

See more Arms news and coverage on Mic including when the global testpunch beta is and which characters you'll actually be able to use. Find out how to change your character's costume color and how to excel at target practice. Make sure to see how big the game's file-size is before you go downloading. More importantly check out why the community loves Twintelle and why we're not quite sold. With a few changes, she'd be perfect for Smash Bros.