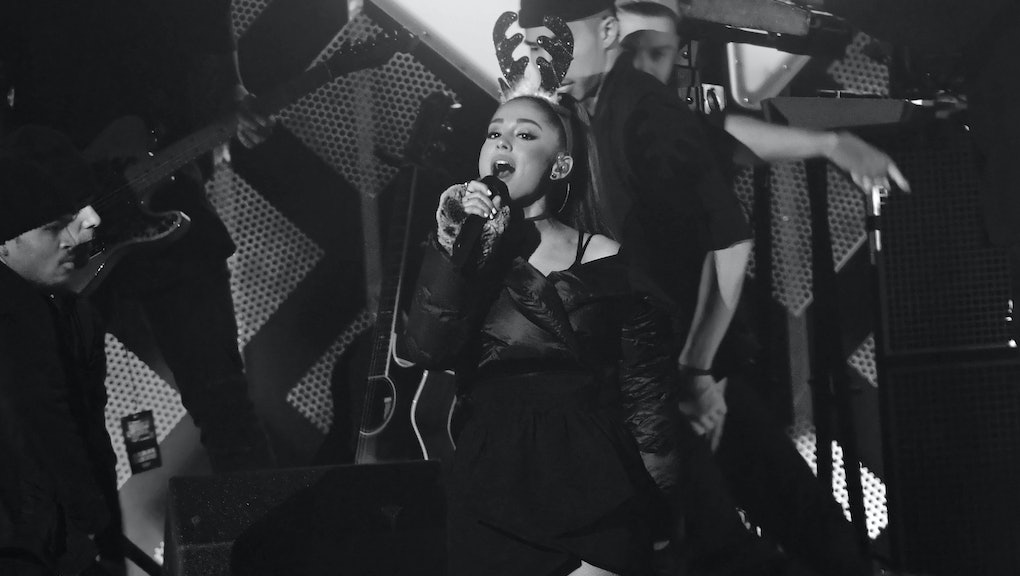 Ariana Grande's Manchester benefit show to air on ABC and Freeform; When and where to watch

Ariana Grande is bravely standing with her fans in the wake of the Manchester bombing. The singer is returning to the city on Sunday to perform a benefit concert at the Emirates Old Trafford with some of her fellow pop stars.

The show will air live on Freeform at 2 p.m. Eastern. A "one-hour highlight special" will air later Sunday on ABC after the NBA finals game, which kicks off at 8 p.m. Eastern.

The lineup of the "One Love Manchester" concert features big names: Katy Perry, Miley Cyrus, Justin Bieber, Pharrell Williams, Usher, Coldplay, Black Eyed Peas, Niall Horan, Robbie Williams and Take That. Proceeds from the event will benefit the families of the 22 people killed and 59 injured from the suicide bomber that attacked the Manchester Arena venue on May 22.

Grande announced the benefit concert on May 26 via an open letter to her fans that she posted to her Twitter account.

After suspending her Dangerous Woman tour on May 24, Grande is expected to resume her lineup on June 7 in Paris.