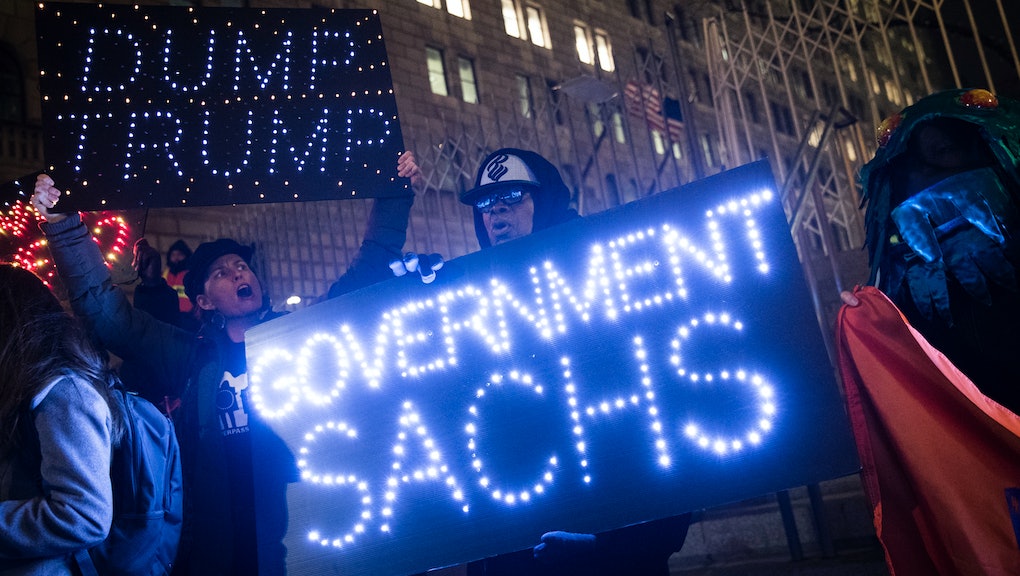 Former Rep. Barney Frank — the co-author of the landmark Dodd-Frank law that sought to rein in the big banks after the 2008 financial crisis — said that the GOP's upcoming attempt to repeal the law poses a "direct threat" to millennials.

The House will vote next week on the CHOICE Act, which would roll back some of Dodd-Frank's basic tenets. That includes killing the government's power to deem a bank "too big to fail," as well as neutering the Consumer Financial Protection Bureau — the brain child of Sen. Elizabeth Warren — of most of its power.

"It's a direct threat to people who are just beginning to engage in the financial system, who have savings and investments, who will be looking for mortgages," Frank said in an interview, pointing out that it was the CFB who "blew the whistle" on Wells Fargo, which was creating fake accounts without the knowledge of their customers.

Frank added that getting rid of Dodd-Frank's rules — such as the Volcker Rule that prevents banks from making the kind of speculative investments that led to the financial collapse — would lead to banks engaging in the same kind of risky practices that put the economy on the brink of collapse more than eight years ago.

"Essentially what we did in that bill was to severely restrict the kind of practices that had happened before that led to the crisis," Frank said of the 2008 financial meltdown.

"It will undo most of the rules we put in place, and over time there's no reason to think the banks won't go back to that behavior," Frank added.

The CHOICE Act is likely to pass the Republican-controlled House on strict party lines, according to Reuters.

"This bill does a lot to grow the economy, but perhaps most importantly it revives the role community banks can play in getting small businesses and new ideas off the ground," House Majority Leader Kevin McCarthy said in a statement announcing the scheduled vote on the legislation.

But Mary Anne Marsh, a Boston-based Democratic strategist, said repealing the Dodd-Frank legislation could be detrimental for those House Republicans in the 2018 midterms.

"For everyone who got hurt in the recession of 2008, this is why," Marsh said in an interview with Mic referring to the pre-Dodd-Frank era. "If you lost your job, lost your home, lost your pension, lost your hope, lost everything and still haven't come back, this is the reason."

Still, the CHOICE Act faces long odds in the Senate — where it will need 60 votes to proceed. That means Republicans, who hold 52 Senate seats, would need to get eight Democrats on their side — something Frank said is unlikely to happen.

"They do not fear this at all, they are not afraid to vote against this," Frank said of the Senate Democrats up for re-election next year in states Trump won in the 2016 election.

"Democrats feel that once they can explain this to people, it will be a bigger problem," for Republicans, Frank said.