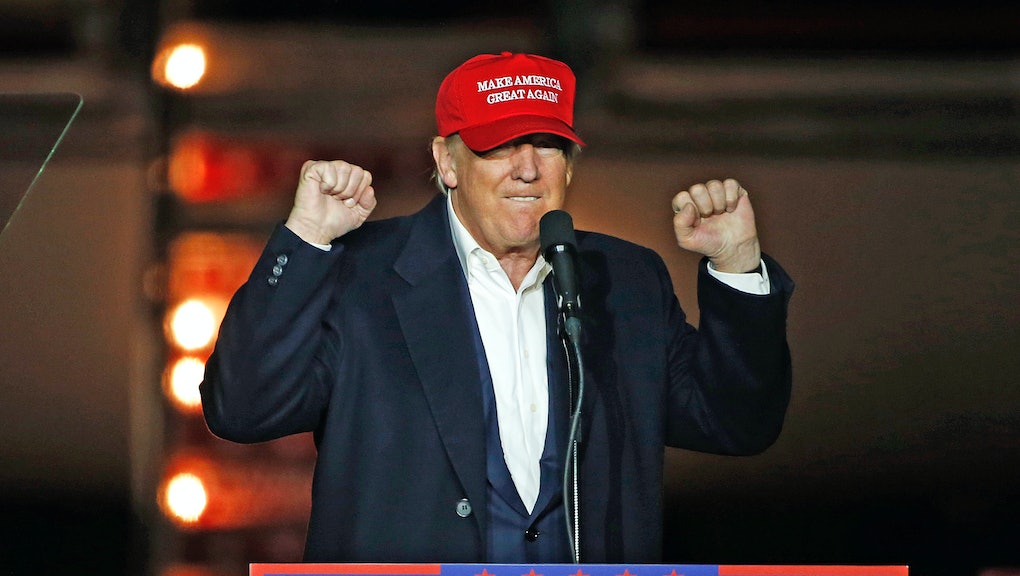 "Pittsburgh, not Paris” rally shows flawed rationale for pulling out of Paris accord

Republicans and other fans of President Donald Trump staged a "Pittsburgh, not Paris" rally near the White House Saturday in support of his decision to pull out of the Paris climate agreement. Pittsburgh Post-Gazette reported roughly 50 in attendance.

According to the Post-Gazette, the rally was "small but passionate," though light on actual Pittsburghers — many of whom resent that the president justified his decision to axe a major international climate agreement with the quip "I was elected to represent the citizens of Pittsburgh, not Paris."  Most of the attendance was from nearby Fairfax County, Virginia, whose local GOP organized the rally. Party chairman Matt Ames told the paper he'd received hate mail from Pittsburghers over the event.

If the city of Pittsburgh is resentful Trump cited it while ditching the Paris plan, there's ample reason. The president's frame of reference on Pittsburgh seems to be several decades old, as the stereotype of it as a steel town is now more of a cultural and historic affectation than an actual economic base for the region. Aside from the fact steel-making and other heavy industries made the city a nightmare to live in — in the 1940s, Pittsburgh was so polluted they left street lamps on during the day — the city has earned a well-deserved reputation for what urban reinvention can look like.

Pittsburgh has slowly but steadily rebounded from the early 1980s, when its old economic base of steel mills, coal mines and factories bottomed out and unemployment surged to as high as nearly 20% in parts of the city. While those hardscrabble roots are still dear to the city's heart, decades later, Pittsburgh has successfully attracted numerous high-tech firms in everything from health care to robotics to nuclear engineering. As the New York Times noted, the city's renewables sector alone employs some 13,000 people. Local government has committed to abide by the terms of the climate agreement, no matter what Trump does.

"To some, Pittsburgh is still the 1975 Pittsburgh, a steel mill town based on heavy industry, still struggling through the post-Depression," Mayor Bill Peduto told the Times as to why he thought Trump cited his town. "I also think it's the first city they thought of that started with a 'P.'"