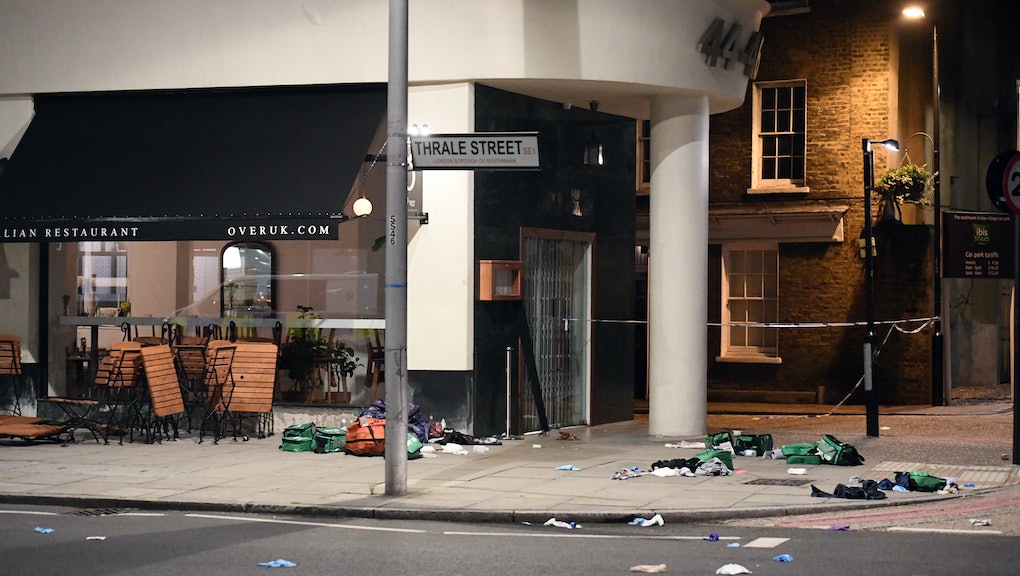 Seven people were killed in a terror attack in London on Saturday evening, police confirmed to the BBC. Three suspects, all male, were also shot and killed.

In what appears to be a coordinated attack, a van plowed through pedestrians on London Bridge and armed attackers stabbed several people at Borough Market, according to police.

According to ABC, the suspects were wearing "hoax explosive vests." In a photo from Borough Market, one of the suspects appears to be lying on the ground with canisters strapped to his body.

More than 30 people have been taken to five area hospitals, according to the London Ambulance Service.

A British Transportation Police officer was among the injured, the agency said in a statement on its website.