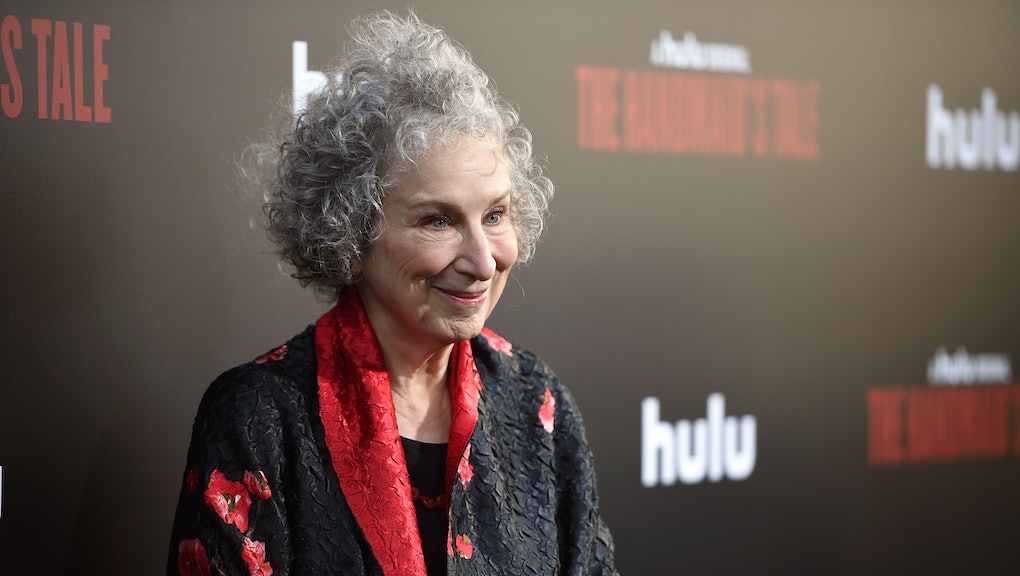 Margaret Atwood has an eerie prediction about the outcome of abortion restrictions, one that bears an uncanny resemblance to the dystopian future depicted in her hyper-relevant novel, The Handmaid's Tale.

Speaking at New York City's Book Con on Saturday, Atwood argued that when states obligate women into childbearing, they institute "a form of slavery," Insider reported. State-mandated reproduction has two outcomes, she said: That women die, and that orphanages fill up.

Atwood referred specifically to Texas, where Gov. Greg Abbott is poised to sign Senate Bill 8. The legislation not only requires abortion providers to bury or cremate fetal remains, but also bans the most common second trimester abortion procedure — dilation and evacuation — as well as dilation and extraction, the typical procedure for late-term abortions. Dilation and extraction abortions are, generally speaking, only performed when the mother's life or health is in danger.

"I'm waiting for the first lawsuit," Atwood said, explaining that she expected families of women who died to sue the state. "I'm also waiting for a lawsuit that says if you force me to have children I cannot afford, you should pay for the process," she added.

Texas' long-fought war on abortion access correlates with two trends that bear out Atwood's theory: Since the Lone Star State began purposefully funneling federal money away from abortion providers in 2011, both maternal mortality rates and birth rates have spiked, mostly among women who rely on government funds to get medical care.

The reality of Texas' abortion restrictions, Atwood said, is state-mandated reproduction without a safety net — and that's a problem:

Her assessment looks a lot like the picture painted in Atwood's 1985 novel, The Handmaid's Tale. It's currently experiencing a surge in popularity thanks to a Hulu show and a political climate in which abortion is demonized. Critics have drawn parallels between real life attacks on reproductive rights and female existence in the book's fictional society, Gilead, where fertile women are conscripted as sex servants in the houses of powerful men. Their sole purpose is bearing children.

The difference between women in Gilead and women in Texas, though, is that the former are provided for. Atwood thinks Texas should, at the very least, do that.

"If you're drafted into the army, the other situation in which the state seizes control of your body, at least you get three meals a day, clothing, and a place to sleep," she said. "So, if you're going to do that to women, pay up."