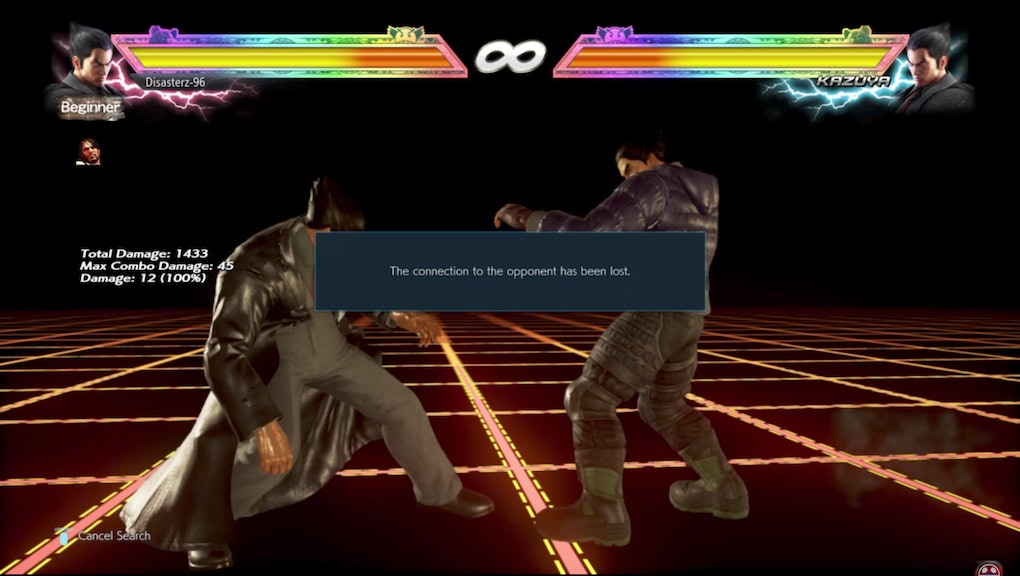 'Tekken 7' Online Issues: what to do when the connection has been lost

The updated Tekken 7 was just released for PC, Xbox One and PS4 — but unfortunately, players are already reporting online issues and their connections being lost.

If your connection has been lost in Tekken 7, here's what you can do

No official word has been given from Bandai Namco to address the issue, but it's always worth checking their Twitter, just in case.

In addition, Katsuhiro Harada, the game director, has been interacting with fans about their concerns, so it might be a good idea to keep an eye on his Twitter as well.

Harada has said they are working on improving matchmaking, so with that new update might come a permanent fix to this problem.