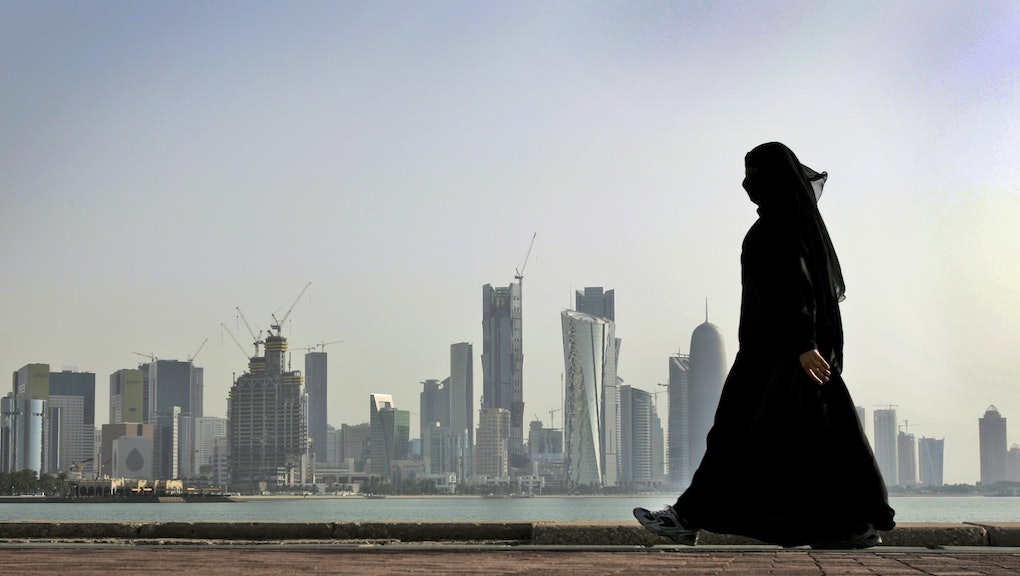 Six Arab nations have severed diplomatic ties with Qatar over claims that the country lends its support to radical Islamic groups in the Gulf region.

According to the BBC, Bahrain, Saudi Arabia, the United Arab Emirates, Egypt, Yemen and Libya have all announced their support of the split.

On Monday, the Saudi Press Agency said that the decision to cut ties was the result of "grave violations being committed by the authorities in Doha," Qatar's capital, including allegedly sponsoring groups like the Muslim Brotherhood, the Islamic State and Al-Qaeda

Major UAE airline Emirates announced that beginning Tuesday, it would be suspending all flights to and from Doha. The BBC reports that the UAE has formally given Qatari diplomats 48 hours to leave the country.

The battle over Qatar's role in the region reached a boiling point in late May, when a disputed report published by the Qatar News Agency claimed that Qatar’s emir, Tamim bin Hamad Al Thani, had called Hamas “the legitimate representative of the Palestinian people,” during comments he made at a military graduation ceremony on May 23.

Although the Qatari government flatly denied that the comments had been made — insisting that QNA's website had been hacked — the report ignited a powder keg of political tension that had long been brewing in the Gulf.

How the move will affect the United States

Speaking from Sydney, U.S. Secretary of State Rex Tillerson offered to lend U.S. support to resolving the rift through diplomacy.

"I think what we are witnessing is a growing list of some irritants in the region that have been there for some time. And obviously now they have bubbled up to a level that countries decided that they needed to take action in an effort to have those differences addressed," he sad, according to CNN.

The move comes after U.S. President Donald Trump signed a $110 billion defense contract with Saudi Arabia's King Salman bin Abdulaziz Al Saud during his trip to the Middle East in May.