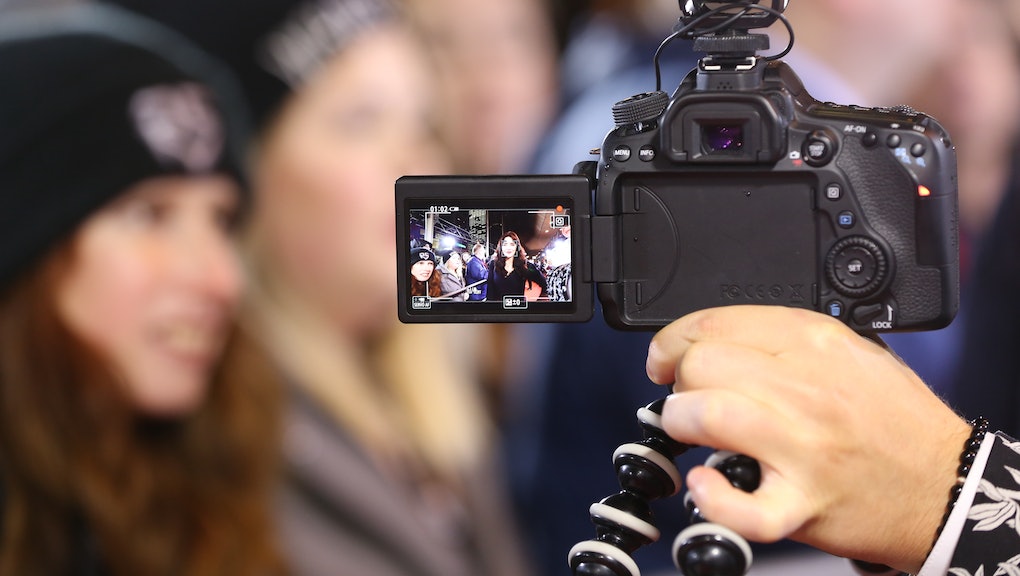 Make money on YouTube: How to get richer by creating and sharing videos on the internet

YouTube sure seems like a good way to make a quick buck. After all, if Ryan, a now-famous 3-year-old toy reviewer, can build an audience in the millions before learning how to read and write, then surely there's nothing stopping you from breaking out the webcam, setting up an Adsense account and letting those sweet sponsorship dollars roll in... right?

As YouTube has grown in audience and advertising prestige — by some counts it's the second-largest search engine after Google — people are making a lot more than a buck or two creating videos for the service. Forbes now has an annual ranking of the richest YouTube stars, into its second year. According to its 2016 list, the 12 largest YouTube celebrities topped $70.5 million in earnings, up 23% from the year before, usually between $5 and $10 million per YouTuber. Not too shabby!

"It’s actually probably easier than ever to make money on YouTube," Josh Cohen, and industry analyst and founder of TubeFilter, said in an interview. "Before [the changes] you were either big or you had nothing. Now there’s an opportunity to make meaningful dollars even if it’s just as a side-hustle."

But it's good that YouTube is trying to make the process easier for people with middle-tier followings to make a living, because right now it's definitely not possible, according to Jack Conte, a musician who founded Patreon as an alternative to advertiser-sponsored platforms like YouTube.

"Ads are not a great solution," Conte said. "Take someone who has 50,000 monthly unique readers on the blog. If you put up display advertising, they’re going to make $100 a month ... that’s two basketball stadiums full of people."

Conte points to his own YouTube payouts as evidence this tactic isn't worth it— less than $1,000, he says, for a video with millions of views and thousands of likes and comments. According to Patreon, the biggest platforms pay between $0.10 to $0.005 per person per view. To earn the median salary of around $56,000 per year, you'd need at least 5.6 million views, and likely far more.

Indeed, YouTube has often been criticized for not being supportive enough of the people who actually make its videos: After the company rolled out changes to let marketers prevent ads from appearing in front of certain kinds of content, for example, some creators claim they lost some 80% or more of their advertising earnings. YouTube did not respond to a request by Mic for comment on figures supplied by Conte other creators for this story.

So, if not how, then, can you beat the odds and build your YouTube empire? Here are the five key steps, according to the experts.

Anyone with a camera and an internet connection can upload content to YouTube. People around the world upload about 400 hours of video to YouTube every minute, and consume about a billion hours of content each day, according to the company. That means there's a lot of noise. If you have an idea, odds are good that someone's already doing it: "I don't know that there’s a genre out there that hasn't been fully capitalized on," Cohen said.

What that means is that owning your particular category is more important than finding the "right" thing to make videos about — which is why many creators tout the importance of simply getting started.

"In the early days, the most important thing is to just get started, you're going to learn a ton versus just reading about it," digital marketing consultant Brian Dean said. Dean began making YouTube videos in 2014 about search engine marketing, which he eventually translated into nearly 50,000 subscribers: "Now I’m getting lots of traffic from YouTube. And the traffic is super-targeted."

Dean added that there are a lot of YouTube skills you can learn only through practice — for instance, how to appear natural on camera. But there's another more practical reason why it's important to get an early start: Marketers are only going to work with you if you've got a body of work they can look at.

2. Make your videos easy to find

Another big part of making it on YouTube is making your videos easy to find on the web, a process known as "search engine optimization," or SEO for short.

A lot of this boils down to carefully crafting a video's metadata. When you log into YouTube, it serves you videos it thinks you might like based on that metadata, so you want to get it right. Metadata includes things like the title, the video description and closed-captioning or subtitles.

First, you'll want to make sure people are actually searching for the kind of video you want to make. This is actually pretty easy; Dean noted that, if you type in a search query and certain YouTube videos come up, it means that there is demand for those particular kinds of videos.

So, for example, if you wanted to make a YouTube series showcasing your bartending skills, you could use keyword research to figure out what drinks to teach your audience to make. Some, like the Whiskey Sour, yield lots of results. If the cocktail has a really obscure name, you should title your video something else — though finding a sweet spot, with a cocktail people search for but has fewer results available (in other words: less competition) can be even better.

There are also lots of tools you can use to help research your keywords that are a little more specific. Google obviously has a few, from Google Trends to the more specific keyword researcher it offers to advertising clients. Dean recommends that at least 300 people search for your chosen keyword each month in order for it to be worthwhile.

3. Outsource some work to the pros

Finding an audience on YouTube requires being a bit of a jack of all trades. From scriptwriting to video editing to data analysis, odds are you're not an expert in all the things that go into building up a decent YouTube following.

If you're just starting out, check out free web resources like VSCO or Snappr to help you improve your editing skills — and services like Dean's or free online courses (like this one) to help with SEO. But then, as your following grows, you might want to consider outsourcing some of the production to someone else.

"Once you get serious, you do need to up the production value," Dean said. "I go to a professional production studio. You need to worry about how to write scripts, not what mics to buy."

The price point might not be as intimidating as you'd think, Dean noted. He said he spends a "few hundred" dollars renting a professional production studio for the day, and in that time he'll get enough content to make four or five videos. Dean added that he spends a little more because he gets custom animations. At the least, he said you should consider commissioning a freelance video editor on a marketplace like UpWork. According to Dean, a video editor who charges between $50 and $100 per video would be enough to make a big difference.

"The [return on investment] is definitely there," Dean said. "If you see footage, even if it's from a nice studio, it needs a ton of color correction and editing to make it look nice."

If you end up being a successful YouTuber, you could end up getting paid around 1 cent per person per view by advertisers. That math explains why even a top YouTube star like Michelle Phan might make only $140,000 in some years, after YouTube takes its cut and after taxes. It's tough out there!

Alas, advertisers are rightfully wary about working with amateurs: That's why there's a whole cottage industry of companies like Famebit and GrapeVine, which serve as middle-men between brand sponsors and the people who actually create all the content on platforms.

Generally speaking, these websites let you create a profile with information about your expertise and audience, then let the brands come to you — although you'll need a large subscriber base of at least 5,000 or 10,000 more to get started. Aside from having subscribers, the most important asset for attracting advertisers is a media kit.

Media kits are sort of a one-sheeter for advertisers. Ideally, it's a document that will lay out all the relevant numbers someone might need to make a decision about whether or not to advertise on your channel — everything from the number of followers and viewers you have, to where they are located, what they are interested in and how much money they make. These metrics are crucial, because they're how you justify what you're charging; it's a delicate art.

It's also possible to reach out to brands with sponsorship queries directly, although this is generally only recommended for businesses you actually like. If you're going to take that route, it's important not to use a template when contacting companies — any request for sponsorship needs to be personalized to the individual brand.

Ideally, you should be able to point to specific audiences they are trying to reach and supply data about how you have those kinds of viewers. For example: If you want to court a whiskey brand, you should pull data on how many of your own followers like and follow whiskey brands and bars.

If you're going to make a living off of YouTube, the most important step to take is to is diversify your revenue stream. The recent changes to advertising standards isn't the first time the company has thrown creators for a loop, said Laura Chernikoff, executive director at the Internet Creators Guild.

"YouTube was acting in full response to the ad boycott or the ad freeze and needed to placate advertisers and work with them better. And that’s necessary to make the whole ecosystem work," Chernikoff said. "But they did overcorrect at the expense of creators. Income dropped 80% for some. Creators are pretty much in the dark. There’s a lot of confusion going around."

In the current environment, Chernikoff said creators have two real options if they want to keep making money: The first is to cater content more closely to the new advertising standards — making content more like ads. The other option is to find new ways to make money outside of YouTube. "They're having to diversify their income sources," she said. "A lot of them are turning to many different things, other platforms, building out platforms on Twitter or Instagram or livestreaming — even, kind of, crowdfunding."

Indeed, though Dean may describe a more positive experience with YouTube, it's worth noting that YouTube is not how he makes his living. If anything, his videos are advertisements for his marketing business, not the product or business itself. As it becomes more advertiser friendly, that certainly seems to be YouTube's future: less a medium for side-hustles than a platform to use to gain a following and advertise your side-hustle.