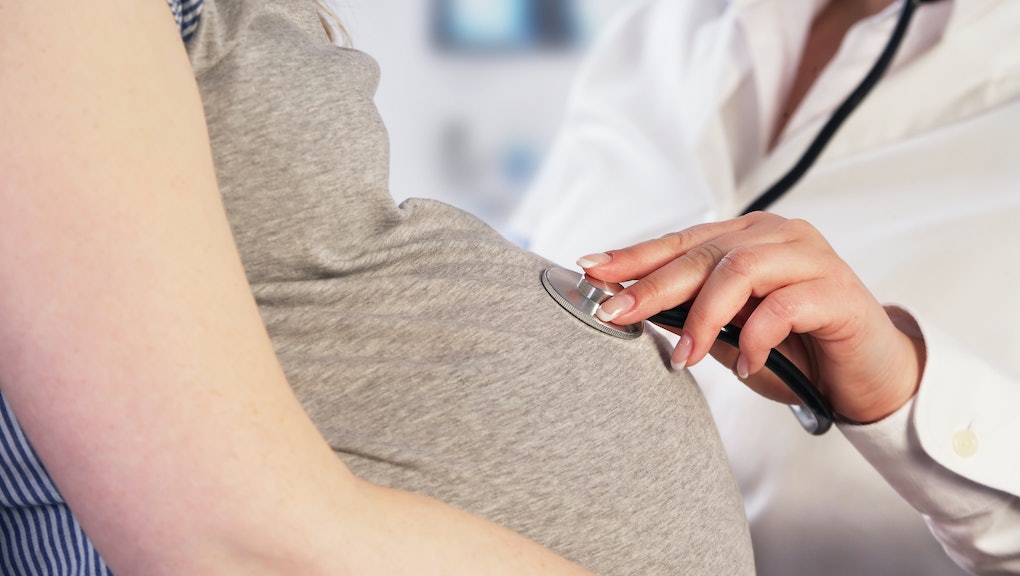 A study published in the June issue of Obstetrics & Gynecology suggests the lack of contraception access and sex education in schools is responsible for Texas' remarkably high teen pregnancy rate.

Researchers at the University of Florida-Pensacola looked at live births by girls from the ages of 15 and 19 nationwide between 2006 and 2012. Researchers analyzed areas where at least 100,000 teenage females lived and specifically looked at places with particularly high and low birth rates. As NPR reported, a number of the high-risk clusters fell in Texas, with teen birth rates that, in some cases, were 40% or 50% higher than the national average.

Texas has one of the highest teen pregnancy rates in the country — the fifth highest, according to the National Campaign to End Teen and Unplanned Pregnancy. In 2014, Texas saw more than 35,000 teen births. Often, teen births mean worse health outcomes for both mother and child, and because pregnancy is likely to interrupt the mother's education, it might set the mother up to earn less in the future.

The Centers for Disease Control and Prevention cites low education and low income as two driving forces behind teen pregnancy, but as NPR noted, those two variables don't tell the whole story. The University of Florida study "controlled for poverty as a variable and [found] these 10 centers where their teen birth rates were much higher than would be predicted," study co-author Dr. Julie DeCesare told NPR. Notably, four of the top 10 high-risk clusters were located in Texas.

Gwen Daverth, CEO of the Texas Campaign to Prevent Teen Pregnancy, told NPR that Texas teens are often left woefully underprepared for sex, thanks to policy engineered by conservative lawmakers.

Whereas other states and cities have lowered teen birth rates by expanding access to birth control and sex ed and making long-acting, reversible contraception — like IUDs or hormonal implants — readily available, especially to Medicaid patients, Texas has largely done the opposite.

Texas Republicans moved to turn down federal Medicaid funding in 2011, with an eye toward shuttering Planned Parenthood centers. Birth rates and maternal mortality rates rose, and while 31 of the state's 74 Planned Parenthoods did close, there's a good chance that only compounded the problem: States with more Planned Parenthoods have fewer teen births.

"What we see is there are not supports in place," Daverth said. "We're not connecting high-risk youth with contraception services. And we're not supporting youth in making decisions to be abstinent."

In 2015, Texas began offering free birth control to low-income teens, with just one string attached: parental permission. Indeed, the Lone Star State requires most people under the age of 18 to present completed parental consent forms to access contraception. As NPR pointed out, this means a teen mother can't necessarily get birth control on her own — which may help explain why Texas has the nation's highest rate of repeat teen pregnancy.

On top of that, a quarter of Texas school districts do not offer sex education, while nearly 60% teach abstinence-only programs, according to the Texas Tribune. The problem is, that tactic doesn't work: Abstinence-only sex education has repeatedly proven ineffective and often presents inaccurate information that leaves participants even less prepared for sex. States that teach abstinence tend to have — you guessed it — higher teen pregnancy rates.

None of this is surprising: Birth control and sex ed are thought to be twin factors behind the nation's declining numbers of teen births. If Texas really wants to help its teenage population, the path forward is clear — but requires a departure from Republicans' legislative agenda.