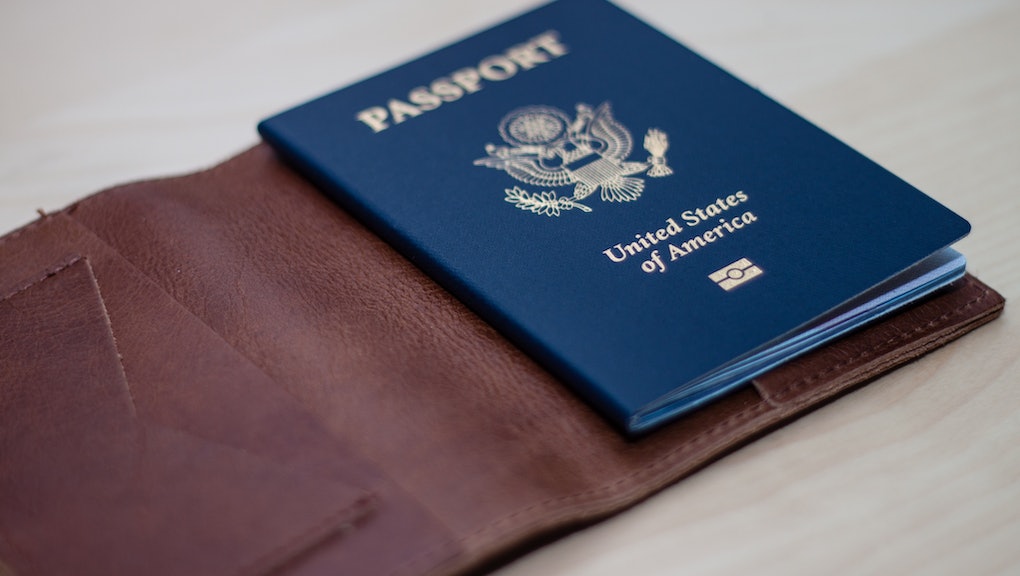 It's surprisingly easy to change your gender on a U.S. passport

Applying for or updating government-issued documents like driver's licenses or passports can be a real hassle: waiting for hours at the DMV, paying for badly taken passport photos, digging your birth certificate out of a file cabinet.

For many years, the process was even more burdensome for transgender people who needed to change their gender markers on their official identification documents. Many states and the U.S. State Department required that people show proof of surgery — a medical aspect of gender transition that many transgender people neither pursue nor desire. But in 2010, the State Department changed the requirements for altering the gender marker on a passport: Proof of appropriate clinical treatment (such as a letter from a physician), it decided, was sufficient.

"This was a very important policy advancement," Arli Christian, state policy counsel for the National Center for Transgender Equality, said in a phone call, adding that the amended requirements mean a range of trans people can access accurate IDs. Among trans people who do desire surgery, medical and financial hurdles frequently prevent them from doing so, Christian noted, explaining that insurance doesn't often cover surgery. Trans people in the process of transitioning can also apply for a two-year temporary passport.

Led by former Secretary of State Hillary Clinton, the State Department took cues from the medical community — particularly the World Professional Association for Transgender Health — when revising its passport policies. The State Department acknowledged there were "non-surgical treatments for" gender transition, a U.S. State Department official said in an email. "For those in the process of transitioning, we may issue a two-year validity passport."

Changing the federal guidelines around passports paved the way for individual states to follow suit, using individually appropriate clinical treatment instead of surgery to determine gender designation on driver's licenses, Christian said. Only 12 states still require proof of surgery, a court order or amended birth certificate to change the gender marker on state-issued drivers licenses. The Human Rights Campaign has a map showing which states streamlined the process for gender marker change on driver's licenses:

Passports and other government IDs aren't just for travel — they're necessary for enrolling in school, applying to jobs or obtaining other identity documents. And when a document's gender marker doesn't match someone's presentation, they often automatically out a transgender person, Christian said.

Roughly 68% of transgender adults do not have an ID with the name and gender they prefer.

Roughly 68% of transgender adults do not have an ID with the name and gender they prefer, according to a 2015 survey conducted by the National Center for Transgender Equality. Not having an updated ID can create "a lot of barriers going through everyday life," Christian noted. "We found that nearly one-third of transgender people who showed an ID that did not match their gender presentation were verbally harassed, denied benefits or services, asked to leave an establishment or even assaulted."

While the U.S. has streamlined the process for updating passport gender markers, it's not leading the way in the process, Christian noted. Countries like Australia, New Zealand and Bangladesh allow citizens to mark their gender with an X if they are intersex or have a non-binary gender identity. "There are always improvements to be made [in the U.S.]," Christian said. In the long term, the National Center for Transgender Equality hopes that policies remove the need for a provider's signature. "Individuals are best positioned to know what should be on their ID documents to reflect who they are," Christian said.

To get a new or updated passport with your preferred gender marker, here's what you need:

1. A letter from your licensed physician that confirms your gender transition

2. ID that resembles your current appearance