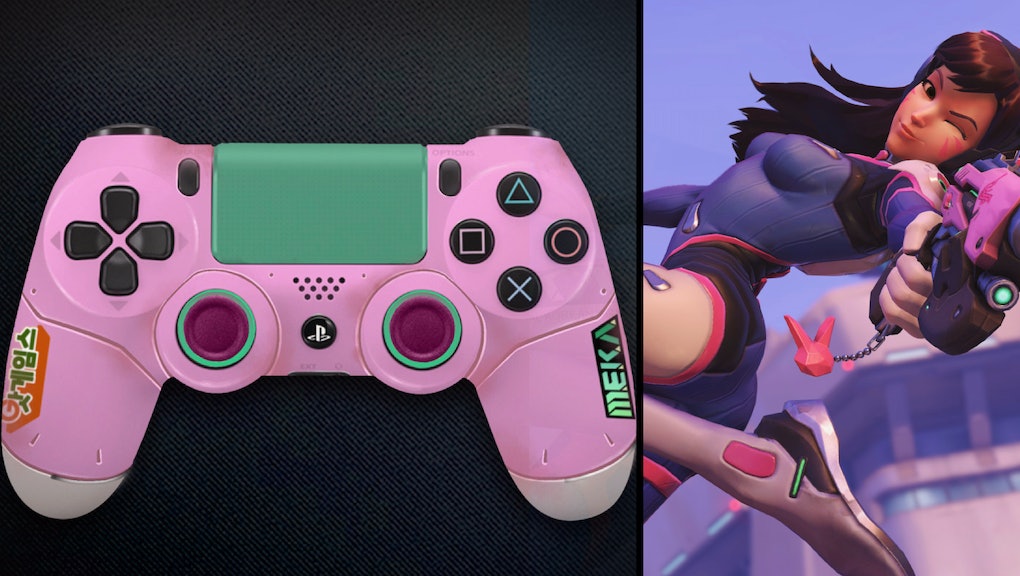 'Overwatch' ARTitude Controllers: Check out these custom character-themed models for PS4, Xbox One

Blizzard just unveiled a set of cool Overwatch character-themed PS4 and Xbox One controllers — but just like Overwatch's loot boxes, you'll have to rely on luck if you want to get your hands on one.

According to a blog post on Blizzard's European site, these controllers, made in partnership with ARTitude, will be given away through "various contests and giveaways organized across Europe." Mic has reached out to Blizzard to ask whether those in the United States will be able to win them too.

Regardless, most of the controller designs look pretty slick. Check out a few of the best below. To see the full lineup, check out the official blog post on Blizzard's site.

D.Va's has a bright pink color scheme and decals that match the ones on her MEKA.

Lúcio's features his frog logo on the PS4 touch pad, as well as some nice gold detailing on the thumbsticks and shoulder buttons.

Mercy's is simple, but the wing design is pretty eye-catching.

Sombra's is probably the best of the bunch, featuring a gorgeous, vibrant pink circuitry design over an eggplant-colored controller.

When Blizzard announces more details about how to win these controllers, we'll let you know.