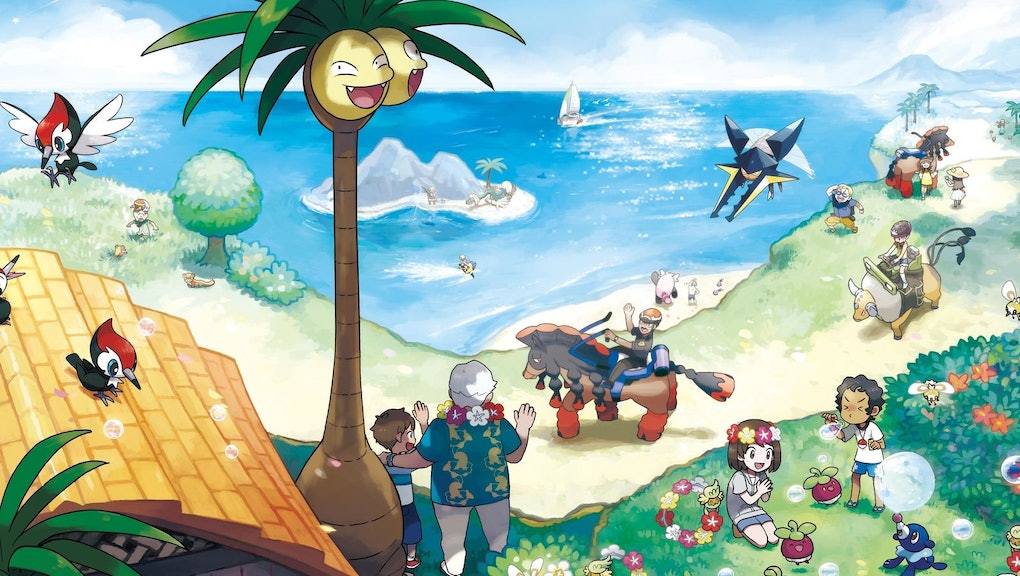 'Pokémon Stars' Release Date Rumors: Everything we could see during the June Pokémon Direct event

The Pokémon Stars release date could be right around the corner thanks to the upcoming Pokémon Direct set for Tuesday. Nintendo offered no details regarding what we'll see when they announced the event, only that the proceedings would be eight minutes long. Despite a lack of information, there's a lot we can expect, based on past few months of rumors.

Pokémon Stars rumors: A spin-off of Pokémon Sun and Moon?

The title Pokémon Stars first surfaced in a Eurogamer. The rumor indicated that the game was "well into development" and was codenamed "Pokémon Stars." This rumor regarding Pokémon Stars was known as similar to Pokémon Sun and Moon but with a few changes. Much like Pokémon Yellow, Pokémon Crystal and other games before it, Stars is expected to be the third game of generation seven.

Interestingly, this would be one of the few times the third game in a generation has appeared on a different console as the previous two. The last time this happened was with the first Pokémon games, Red and Blue. The former two appeared on Game Boy while the anime-inspired Pokémon Yellow debuted on Game Boy Color, offering the groundbreaking addition of playing in more than one hue.

The jump from Pokémon Sun and Moon to Pokémon Stars, however, could be much more drastic when compared to the original games. While the 3DS games have introduced 3D elements to the Pokémon series, a Switch version could finally add HD graphics into the mix.

Pokemon Stars rumors: Or we may see a remake of the Pokémon Diamond and Pearl games.

The first pocket monsters adventure title to hit Switch may not necessarily be Pokémon Stars — or Eclipse, as some are calling it. Instead, we may be looking at a re-released versions of Diamond and Pearl.

The generation four Pokémon games Diamond and Pearl — and later Platinum — are next in line for the remake treatment. Previously Ruby and Sapphire from the Game Boy Advance was brought to the 3DS in the form of Omega Ruby and Alpha Sapphire, offering improved graphics and other new updates. If GameFreak sticks to that pattern, we could a end up with remastered versions of the 2006 games.

Pokémon Stars rumors: It could be something completely original.

Or maybe Game Freak will put those new hires to good use and build an original Pokémon game from scratch specifically for the Switch. Similar to how Zelda: Breath of the Wild saw the series completely rebooted into an open-world masterpiece, the next Pokémon game could follow suit.

There are some aspects of the Pokémon series that don't need to change. The arrangement of strength and weaknesses for types continue to be a core part of the game, as is catching as many pocket monsters as possible. Drastically changing how battles work, how the story progresses or even shifting to a massively multiplayer online style of game (think World of Warcraft) could provide fresh improvements to the classic formula. With Sun and Moon, Game Freak showed us it's not afraid to throw out traditional gym battles for something new. With Pokémon Stars, perhaps the company is ready to go even further.

Read more coverage on the rumored Pokémon Stars, including Nintendo's comments on the potential Switch game and news about Game Freak putting up a now hiring sign. Watch how well Sun and Moon could translate to Switch if it was a thing or read up on why the game may not even arrive until next year. And if you'd rather live in the now, read about Pokémon Go instead.