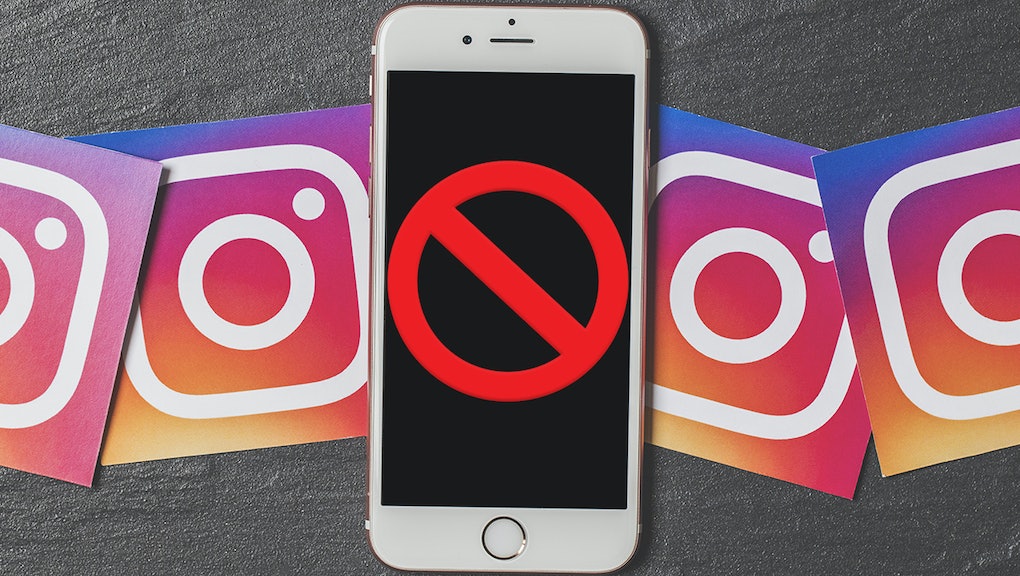 Instagram’s “shadowban,” explained: How to tell if Instagram is secretly blacklisting your posts

It's harder than ever to rack up a decent amount of likes on your Instagram posts. For influencers and brands, that's an open secret. But there may be an unlikely culprit at play: shadowbanning.

Instagram appears to be secretly blacklisting posts. More than a dozen regular users and business-account holders said they've seen engagement on their account plunge suddenly and without warning, an issue that lasted for weeks at a time.

In May, Baltimore fashion photographer Currie Lee saw her engagement plummet out of the blue. "I would post something and it would take over five minutes for someone to like something. In the old days, after five minutes, I would have up to 50 likes," she said.

Matt Smith, founder of Later, a leading marketing platform for Instagram, said he's received a steady flood of reports from Later's users and community about recent losses in Instagram engagement — all blaming the mysterious "shadowban."

Shadowbanning is essentially Instagram's way of policing the community without overt censorship.

All users and brand managers we spoke to were adamant that they hadn't violated Instagram's official community guidelines. But the shadowbans are likely a response to hashtag abuse — using popular tags like #eeeeats or #brunch on nonfood photos, for instance — or spammy marketing practices such as buying likes or followers (a practice no one we spoke to said they engaged in).

Instagram has never explicitly acknowledged that shadowbanning is real, and neither its terms or service nor community guidelines mention hashtags. But in a since-removed Facebook post in February, the company said that it "understands users have experienced issues with Instagram's hashtag search that caused posts not to be surfaced."

"When developing content, we recommend focusing on your business objective or goal rather than hashtags," the company wrote. The post then outlined tips on how to remain "creative" on the platform: "be a storyteller" and "have a distinct visual presence," for example.

Kiki Von Glinow of HuffPost wrote about the shadowbans in her popular Facebook group and newsletter #DoinItForTheInsta:

Shadowbanning is an effort from Instagram to make the platform a safer and less spammy place. The main goal of this new implementation is to deter brands from using popular hashtags to bombard users with posts that don't actually correlate to the images or videos they're sharing.

If your Instagram content is loaded with repetitive hashtags, especially seemingly banned ones, or you're using automation tools like Instagress (which was recently shut down), or an Instagram scheduler that hacks the Instagram API instead of working within its guidelines, you will suffer very noticeable loss in engagement and reach.

If you want to stay on the algorithm's good side, experts advised that the best way is to avoid appending irrelevant hashtags like #NewYorkCity, #Brooklyn, #instalove or #sunsets to every selfie.

How to tell if you've been shadowbanned — and what to do

Jonathan Schmid, an Instagram blogger who goes by the name TheBlackBeardLife, said shadowbanning is "pretty obvious if it happens." He knows from experience.

According to Schmid and more than a dozen other users, if your account is shadowbanned, your posts won't be surfaced in hashtag searches or on the Instagram Search & Explore tab. You'll have a difficult time generating engagement momentum and getting your posts to surface in your followers' feeds.

"If you are shadowbanned by Instagram, it basically means that your post won't show up on the hashtags you use, which limits your ability to find a new audience," said Smith. Shadowbans also can affect the reach of your posts within your own following.

Several shadowbanned users we spoke to said they had avoided hashtags all together but were still having trouble getting posts seen by their own audience.

If you're unsure if your account has been shadowbanned, there's a website that can help. It purports to let you know if your content is on a secret blacklist, though many users say it's not 100% reliable.

A number of style bloggers whose personal accounts are intertwined with their businesses say they've felt particularly victimized by the trend.

Christina Gwira, a green-living vlogger based in Canada, said her Instagram account had been growing steadily until she was shadowbanned in April.

Gwira would generally post about four times a day with a set group of popular hashtags. She said they earned her around one like per minute for the first hour her post was live.

But suddenly, in late April, those likes dropped off a cliff. "I panicked," she said. Though she was producing the same type of content, her posts were now only garnering around 10 likes per 24-hour period, a far cry from her previous engagement rate.

"I checked the hashtags that I used on this particular post, and my post didn't show up in any of them," she said. "I checked every single post that I had posted for the past week. Nothing. I even checked my own created hashtag #krysnaturally — zero posts. I was panicking. I was officially shadowbanned."

"Before the shadowban, my post engagement was sky-high and brands were reaching out to me to promote their products and services," he said. "Since the shadowban, I've seen a major decrease in engagement and my Instagram revenue is declining as a direct result."

Shadowbanning is actually supposed to be a good thing

A week before Gwira was apparently shadowbanned, her sister warned her that users like her "were making Instagram a mess."

Her sister argued that "bloggers and individuals who just wanted to have and grow large followings without actually interacting, liking or even bothering about what people would see and scroll through on their Instagram feeds are hurting Instagram's community," Gwira said.

Gwira's sister is not the only user frustrated by spam. I personally closed down a local Instagram page I started for my old neighborhood after noticing that the hashtag I created was being abused by local businesses just looking to promote themselves to more users.

Instagram walks a fine line with these types of brands and self-promoters. In one sense, the platform needs to remain an open space for brands to express themselves and grow their identity online. But it also needs to tamper spammy "growth-hacking" efforts that could jeopardize user experience.

"Instagram basically says, 'Focus on the content and less on hashtags,'" Lee said. "But that feels like a slap in the face. How do you expect to find people with common interests without using hashtags?"

What to do if the shadowban hits you

If you have been shadowbanned, fear not. There are a few easy ways to get back on your feet.

The first thing you can do is consider joining an Instagram pod. These are unofficial groups of friends or like-minded 'grammers who agree to like, comment and engage with one another's posts.

Pods are the way that even the most popular Instagrammers ensure their content gets surfaced in the feed. A quick succession of comments on an Instagram post can be a telltale sign of a pod. Try reaching out to fellow members of your Insta community or start a pod yourself with a close group of friends.

The second thing you should do is take some time off. Most banned users say that after disappearing for a few days or scaling back their content, they were able to gain back some of their lost momentum.

Gwira said that after she was shadowbanned, she waited it out. "I didn't post. I didn't login to my Instagram account or even open the app from my phone. I just waited," she said. "I checked my page frequently from my desktop, though. And the more people unfollowed me, I was burning inside. But what could I have done?"

Andy Feliciotti, a professional Instagrammer and blogger based in Washington D.C., said hashtag placement also matters. He said that hashtags placed in the comments of an Instagram post often won't surface on the Explore page or in search, but if you put them in the main caption, the post is more likely to be surfaced.

Finally, if your account is currently listed as a business account, it might make sense to switch it to a personal page. Many power users speculated that personal accounts are given a boost over business accounts in the feed. There are drawbacks to this: Your followers won't see a giant "contact" button on your Instagram profile, for example.

It's for this reason that organic reach on Facebook business pages has plummeted in recent years, so it would make sense that a similar phenomenon could be taking shape on Instagram.

In the meantime, some Instagrammers who have suffered the shadowban effect are trying to remain calm.

"I will stay the course with Instagram and see what happens," said Richard. "I'm still not happy with the lack of engagement, but it hasn't dwindled so much that I want to abandon it or change what I'm doing 100%."

"I am trying to look at it with a new point of view," said Lee. "I'm taking Instagram's advice, just focusing on my work, and to hell with them."