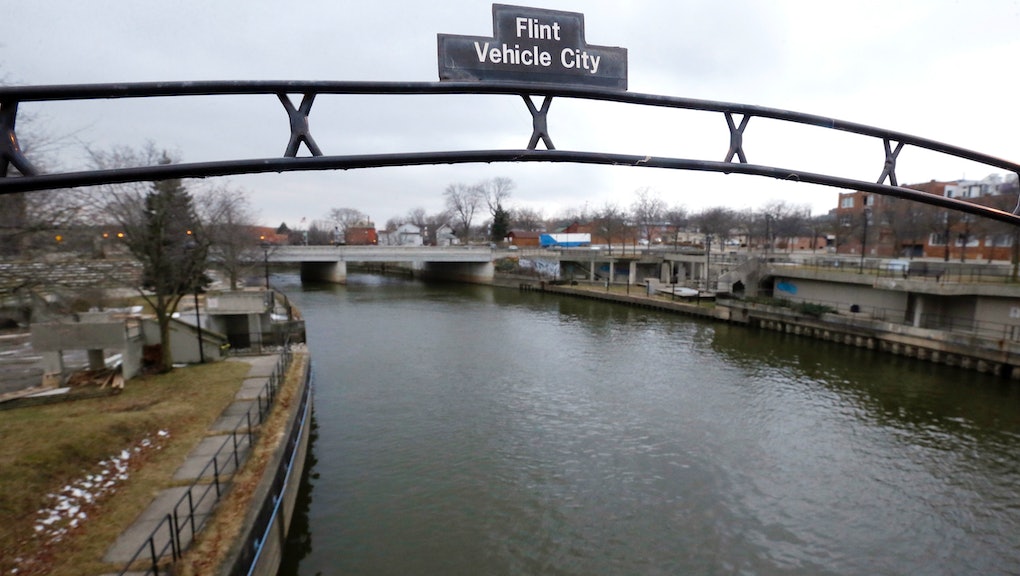 The recording originally surfaced on an activist website, Truth Against the Machine, which posted a YouTube recording of Stair making the statement on Sunday.

"Detroit was charging all its customers for the cost," Stair says in the May 26 recording, which TATM said was captured by environmental activist Chelsea Lyons. "They weren’t collecting from their residents, they were shutting water off, they were letting bills go forever, they were charging everybody else; Flint has the same problems as Detroit — fucking niggers don’t pay their bills, believe me, I deal with them."

"I got friends, I mean, there's trash and there’s people that do this shit," Stair continues. "They just don’t pay their bills. Well, Detroit didn’t collect on their bills, so they charged everybody else, but — Flint — Flint had to pay their bill to Detroit."

As TATM noted, Stair's version of events is similar to Gov. Rick Snyder's, who said poisonous levels of toxic lead in Flint's municipal water supplies was the result of an austerity measure in which Flint decided to turn to its heavily polluted river instead of continuing to pay Detroit for water — though leaked documents have shown Detroit offered to cut Flint's rate to 20% less than the cost of switching water sources.

Though it does not appear as if Stair was involved in any of the decisions that led to the tainted water supplies, the city of Flint is well over 50% black, and racism and classism played a major role in the lack of accountability that led to the disaster.

Lyons told MLive she was concerned about Stair's role at the Genessee County Land Bank, an agency which acquires tax-foreclosed properties before demolishing and flipping them to bidders. According to MLive, the Land Bank is currently the largest property owner in the city.

"The Land Bank is taking up all of the properties in Flint," Lyons told the site. "They are pushing people out of neighborhoods."

Flint residents have continued to pay some of the highest water bills in the country, while the city government recently threatened to seize more than 8,000 homes over unpaid water bills.