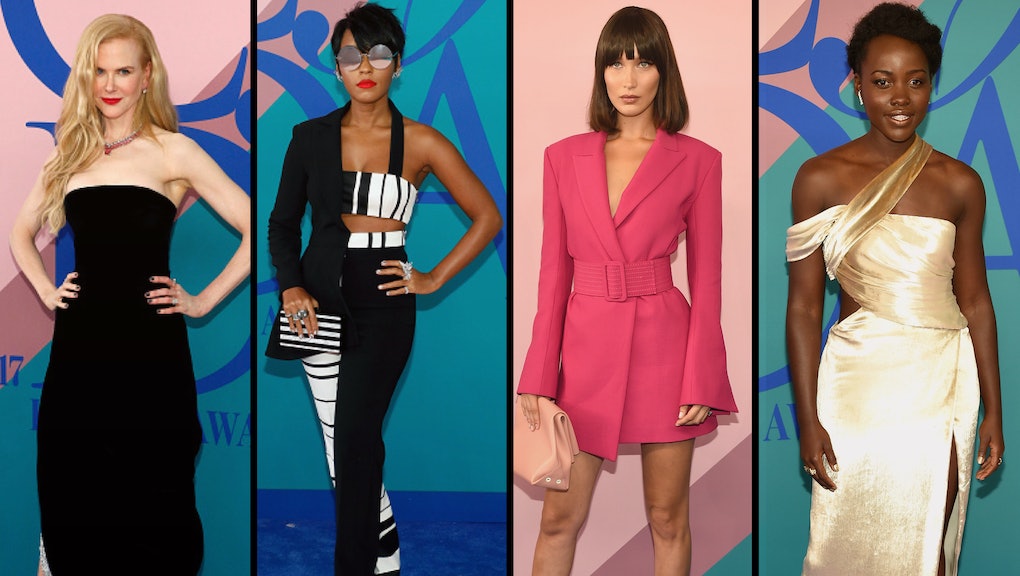 From Janelle Monáe to Bella Hadid, here are all the best looks from the CFDA Awards red carpet

The Council of Fashion Designers of America (CFDA) Awards, celebrating both designers and lovers of fashion, isn't quite as ubiquitous as the Met Gala — but it's getting there.

At this point, it's best known for giving us Rihanna's naked dress, the Swarovski-crystal-covered gown by Adam Selman that cemented Riri's status as one of the best dressed women of all time. But other than that, eh, kinda nothing.

This year though, at the red carpet for the 2017 CFDA Awards Monday night, the stars came to shine just as brightly as they would at the Met Gala, or even Cannes.

Gigi Hadid in the Row

Gabrielle Union in Rodarte and Dwyane Wade in Gucci