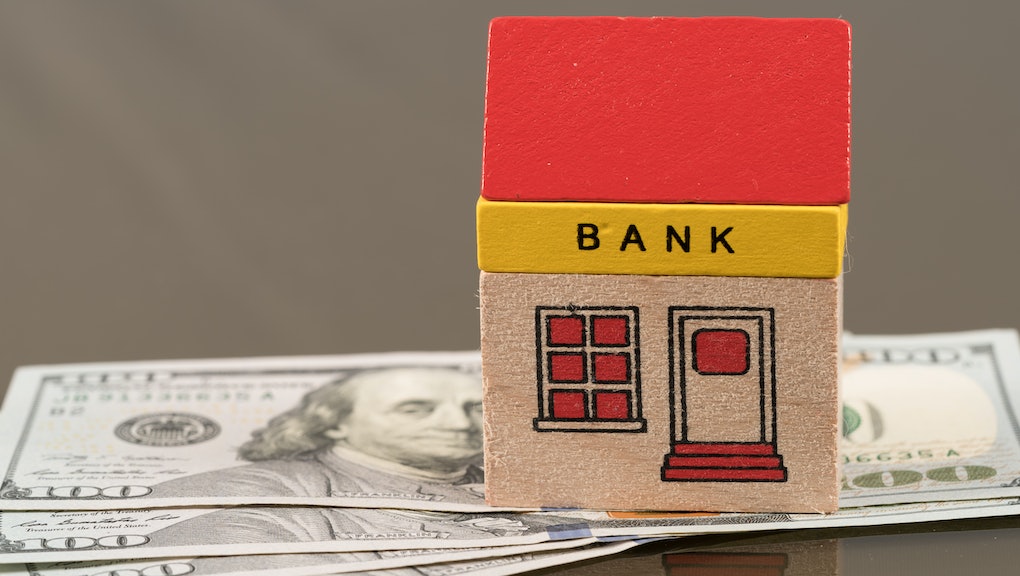 The House of Representatives voted 233-186 on Thursday afternoon to pass the Financial Choice Act of 2017, a bill that would undo many provisions of the 2010 Dodd-Frank Wall Street Reform and Consumer Protection Act.

The bill — sponsored by Rep. Jeb Hensarling (R-Texas) — was touted by proponents as a way to help smaller community banks and credit unions that say they've struggled with regulatory controls imposed by Dodd-Frank, which was passed in the wake of the financial crisis to mitigate systemic risk and protect consumers from predatory lending.

There is a certainly a case to be made that a community bank shouldn't have to play by the same rules as Goldman Sachs. The National Association of Federally Insured Credit Unions, for example, argues that Dodd-Frank encourages the "over-regulation of good actors." Some 1,660 credit unions — often preferable to consumers because of lower fees and more generous interest payments — have gone out of business since the second quarter of 2010.

But experts consulted by Mic warned that a Dodd-Frank repeal could do far more harm than good for the financial system, leaving Americans without several important consumer protections and policy makers without the tools needed to confront the next crisis. Even if the Choice Act helps institutions unfairly punished by Dodd-Frank, it is tantamount to "throwing the baby out with the bath water," said Amalgamated Bank CEO Keith Mestrich.

Other provisions in Hensarling's bill could end up hitting Americans in the wallet. Here are three crucial ways the Dodd-Frank repeal bill could hurt yours.

1. The Financial Choice Act could make it easier for companies to rip you off

Have you ever felt victimized by credit reporting agencies, student loan servicers, or debt collectors? You might be about to lose your watchdog.

One of the main ways the Financial Choice Act would change the financial system is by weakening the Consumer Financial Protection Bureau, which regulates banks and "non-bank institutions." Under the bill, the CFPB would lose most of its teeth: It would lose its independent source of funding; the ability to publish complaints; the authority to conduct education campaigns; and even its ability to make rules about or oversee the often exploitative practice of payday lending.

Non-bank institutions touch every part of your financial life, whether by collecting your student loan payments or calculating your credit score. In the last year alone, the CFPB has brought enforcement actions against industry leaders in both of these sectors, and in its six-year history, the CFPB has returned nearly $12 billion to consumers through settlements and enforcement actions. Victims include injured veterans who were wrongly placed into default on their student debt and the tens of thousands of RushCard customers who lost access to their money when the company switched payment processors.

"The Choice Act strongly and strategically weakens [the CFPB's] ability for rule writing and enforcement," said Mike Konczal, a fellow with the left-leaning Roosevelt Institute who has studied Dodd-Frank. "One of the core things the CFPB does and does well is giving consumers a dedicated cop on the beat. It would largely remove that function."

Before the CFPB, Konczal explained, consumer protection was the responsibility of a host of different agencies. As Konczal put it, "Everyone had a little bit of responsibility, which [in practice] means nobody had any responsibility. No one builds up expertise, no one had a dedicated mission or dedicated vision."

The administration has proposed weakening the CFPB as a way to help struggling community banks, but some say that doesn't hold water: "A lot of the CFPB jurisdiction doesn’t really kick in until over $10 billion in consolidated assets," said corporate finance attorney Taylor Tipton. "I don’t know that for your smaller community banks that it’s as big of an issue."

Who would benefit from a weakened CFPB? Larger regional banks, Tipton said, as well as non-bank financial institutions. "I think if they were very honest with you, they would say they want to see it go away," Tipton pointed out. "Those institutions are doing more risky things."

There are a few reasons why non-financial institutions need to be regulated, Konczal said, but the main one is that individuals don't have that much ability to shop around. Though you can find a new bank if you don't like your current one, you don't hire your student loan servicer nor the companies that assign you a credit score. If these firms do something unfair or untoward — like illegally reporting your loans in default or giving you an inaccurate credit score — you can't exactly leave them.

"Consumers don’t really deal with financial products, mortgages and loans and things, more than a couple times in their lives," Amalgamated's Mestrich said. "It’s really important we have the consumer protections."

Let's set aside, for a moment, the record high U.S. youth unemployment rate triggered by the financial crisis and the effect a recession can have on wages for years to come. If you hang on to your job, market crashes obviously sound bad, but how much would they actually cost you in savings?

It depends on how much money you are putting away for retirement — and when you started investing. Say you graduated college or high school in 2007, found a job in September that same year and diligently started saving $100 a month in a standard S&P 500 fund in your workplace retirement account. By April 2009, you would have socked away $2,000 of your hard-earned money — but market losses would mean your portfolio was worth only $1,523.

That's just an example, based on particularly bad timing, but goes to show how market crashes can hurt younger workers as well as retirees. "Dodd-Frank wasn't perfect," Aspiration CEO Andrei Cherny said. "But junking it just gets us back to the same rules of the road that caused the 2008 meltdown."

By doing away with the Orderly Liquidation Authority, repealing Dodd-Frank could make big-bank bailouts more likely, Konczal suggested. Hensarling's bill would have banks go through bankruptcy instead, which Konczal said could be achieved through budget reconciliation with or without Democrats' approval. That could potentially result in another crisis or bailout. "If Goldman Sachs went bankrupt, a random bankruptcy judge with zero institutional ability to work with foreign regulators would be appointed," Konczal said. "We know what will happen when we don’t have a system in place to wind down these banks."

It's not immediately intuitive why an everyday consumer should care what happens to Goldman Sachs, but you should. If Goldman Sachs couldn't pay its bills, Konczal explained, you'd almost instantly see a panic. After all, if a nearly $100 billion bank can't pay its bills, it's only logical to assume smaller banks will soon be in the same predicament. If you're worried about your own bank meeting its financial responsibilities, the rational thing to do is go to your bank and take out all your money — especially amid a panic.

Panics are a problem because the system runs on confidence. During the 2008 bailout, even healthy banks took bailout funds to preserve consumer confidence. And while the economy has recovered, it was not without cost. Between 2007 and 2010, median household net worth dropped from $135,700 to $82,300 — almost 40% — due to falling home prices and the stock market.

While that might not seem so meaningful to a young person without much retirement savings to speak of, studies have shown young people actually do have the most to lose when there's a market crash: They're often the first ones to lose their jobs when the economy turns. That's one theory as to why the median 30-year-old worker hasn't gotten a raise since 1979.

3. It could get much harder to get decent financial advice

A last potentially alarming issue for consumers is that the Choice bill would unwind an Obama-era regulation called the fiduciary rule. Put simply, the fiduciary rule requires financial advisors to give you advice in your own best interests and to disclose any outside compensation they might receive.

Incidentally, helpful financial advice might be especially important for young people today. One analysis projected millennial savers will see lower stock returns than previous generations; to make up the difference, you'd likely have to save twice as much as you are saving now.

Alas, those savings could be eroded by investment fees: a perfect example of death by a thousand cuts. They're usually a fraction of a percent, but over the course of a lifetime can add up to more than $150,000, according to one study. Let's say the fees for a given financial product aren't necessarily worth it, but your advisor has some sort of incentive to push it anyway: Without the fiduciary rule, they're still legally allowed to recommend that product to you.

How likely is a Dodd-Frank repeal?

Despite passage in the House, the Senate is all but certain to block the Choice bill as written: Attorney Tipton, who characterized the bill as a "goody bag" of financial reform, described it as just "a starting point for negotiations." Senate Majority Leader Mitch McConnell said in a May 16 interview with Bloomberg, "I'd love to do something about Dodd-Frank, particularly with regard to community banks," but he was "not optimistic" about the bill's prospects.

Still — in the event of a compromise or President Donald Trump succeeding in convincing the Senate to abandon the filibuster — some parts of the bill might still become law. To that end, House Speaker Paul Ryan drew a more confident stance, declaring an end to "the era" of Dodd-Frank via Twitter on June 2.