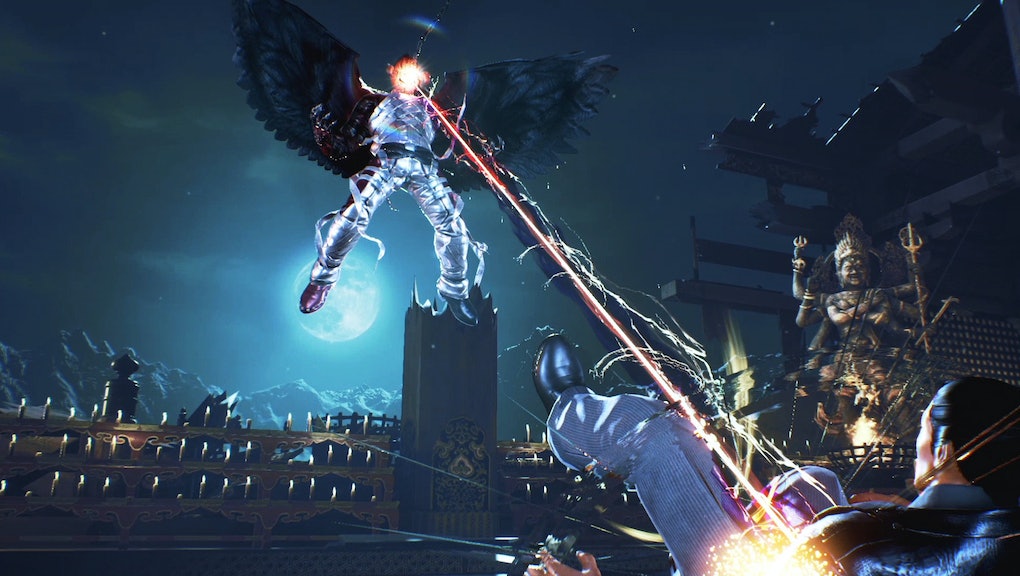 Is Tekken 7 Good? Why you should avoid it if you're new to fighting games

I have to admit that, for the first few days it was out, I kind of hated Tekken 7.

I didn't hate anything that was in the game itself. Tekken has the most brazenly goofy canon I've seen in any fighting game, with the story mode being extra hilarious if you're new to the series, as I am. This is a fighting game with not one but two playable bears. Akuma, a green demon man from the Street Fighter universe, is somehow a major character in the story.

Instead, I hated something that wasn't in Tekken 7 at all: any acknowledgement of new players.

If you've never played Tekken, the newest game doesn't want you to start

Let's start with the obvious: Tekken 7 doesn't have a real tutorial of any kind. The story mode begins with a flimsy little thing that sort of teaches you how the game controls, but it's not nearly enough if you're new to Tekken. It's an exceptionally technical game, but Tekken 7 doesn't have any interest in letting you in on the details.

This is in stark contrast to the recently released Injustice 2, which has a fantastic 20-minute tutorial that introduces the player to concepts like high and low guards and juggling. It's a tutorial that gives you all the basic knowledge you need to at least get started.

Tekken 7 also differs from NetherRealm's superhero fighter in that its story mode is actually a terrible way to learn the game. It switches perspectives so rapidly that you never have time to truly figure out how any character works. You also spend much of it playing as Heihachi, who just isn't all that fun to play if you don't know what you're doing. It wasn't until I backed out of the story and tried out more beginner-friendly characters like Law and Hwoarang that I started having any fun.

By far the most baffling design decision in Tekken 7, though, is the novice difficulty in the story mode. Theoretically intended for beginners, it drastically changes how each character works so you can mash out auto-combos without much thought. The control setup options menu doesn't reflect these changes, and you can't play this way in any other mode. So if you're new to the game, putting it on novice will actively make you worse at it.

What's even more confusing is that there are hints on loading screens with valuable, technical information about how to play the game, but I haven't found another way to see those. How are you going to include that text in the game and not let players voluntarily read it?

Menu design is a weirdly significant problem in Tekken 7's steep learning curve. Each character has a lengthy, almost intimidating move list, but it's not categorized at all. You can use it to learn some basic combos for anyone, but expect to do a lot of scrolling to learn anything else. It'd be much easier if it were sorted into tabs for basic combos, special moves and advanced techniques instead of having everything lumped together into one long list.

Of course, having a conveniently sorted move list would only go so far, seeing as the move list hasn't been formatted for consoles. That isn't a huge problem for the buttons themselves, as Tekken employs a four-button layout that maps directly to the face buttons on a PS4 or Xbox controller. However, there are unexplained icons like stars and differently colored directional inputs on the move list. These probably make sense if you've played Tekken for years, but Tekken 7 doesn't have any kind of legend for its iconography as far as I can tell.

Considering the two-year gap between Tekken 7's arcade and console releases, it's immensely disappointing that more hasn't been done in the name of accessibility in that time.

Having said all that, it is possible to overcome Tekken 7's near-total disdain for inexperienced players and have some fun. As I said earlier, I've transitioned away from the story mode characters and started playing primarily with Law, whose combos string together intuitively and smoothly. After seven or eight matches against a more experienced friend of mine, I felt pretty comfortable punishing my opponents for whiffs by initiating juggles and all that other fun fighting-game jargon.

It's just a shame that I need another human who is willing to give me tips because the game steadfastly refuses to do the same. I don't expect Tekken 7 to teach me how to become an energy drink-fueled esports champion, but I do expect it to teach me how to play Tekken 7. Unfortunately, it isn't interested in doing that.