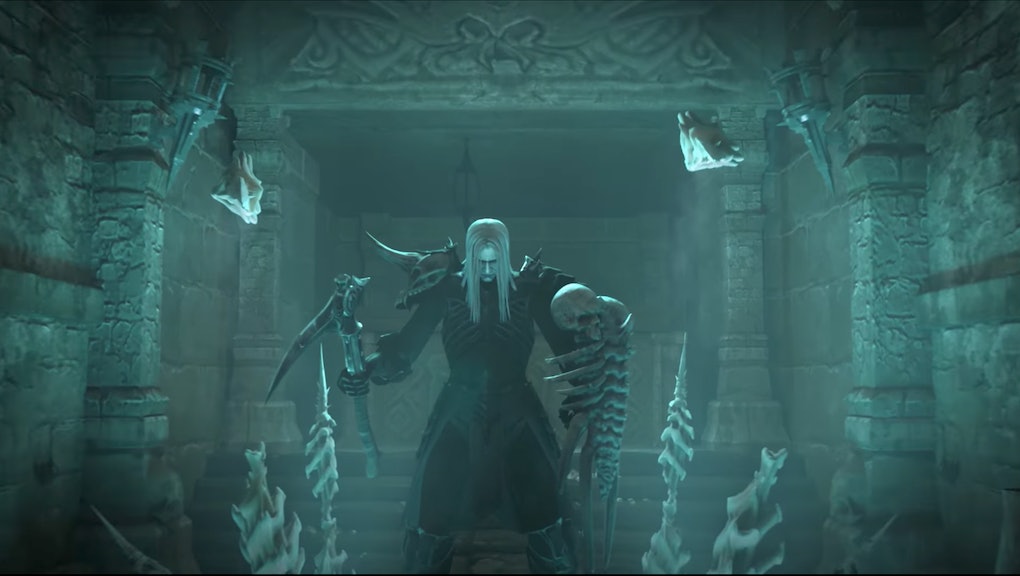 Blizzard seems very content to draw out the Necromancer release date reveal for Diablo 3 for as long as possible. We've now got a cinematic intro, a lot of flashy media for the class and some questions answered by the developer team — but still no concrete release date or price for the expansion.

If you're hoping to find any details about how much you can expect to pay for the new class or when it might be releasing — it's been in a beta for a few weeks so it has to be soon, right? — unfortunately you're still stuck with nothing. However now we know a little bit about what sorts of goodies you can expect to get when the pack does inevitably come out.

According to MMORPG, Blizzard has updated its Diablo 3 website with the in-game items players can expect to receive once they purchase the Necromancer pack. A little ironic considering there's still no release date or price point, but what the hey. We'll take what we can get. Here are the items you can expect to get when you buy the add-on:

Some of these, like the Necromancer-exclusive armor and weapons, additional stash tabs and character slots should be a given with the release of a new character class, but it's always nice to see them confirmed.

Others, like the "Half-Formed Golem Pet" and the Wings — actually called the "Wings Of The Crypt Guardian" — are just fun little cosmetic additions. They're normally something you'd expect to get as part of a pre-order bonus.

If you want a full look at what you're getting when the add-on drops, the Diablo 3 site has the full skinny. Hopefully that will be enough to tide you over until we finally get a release date.