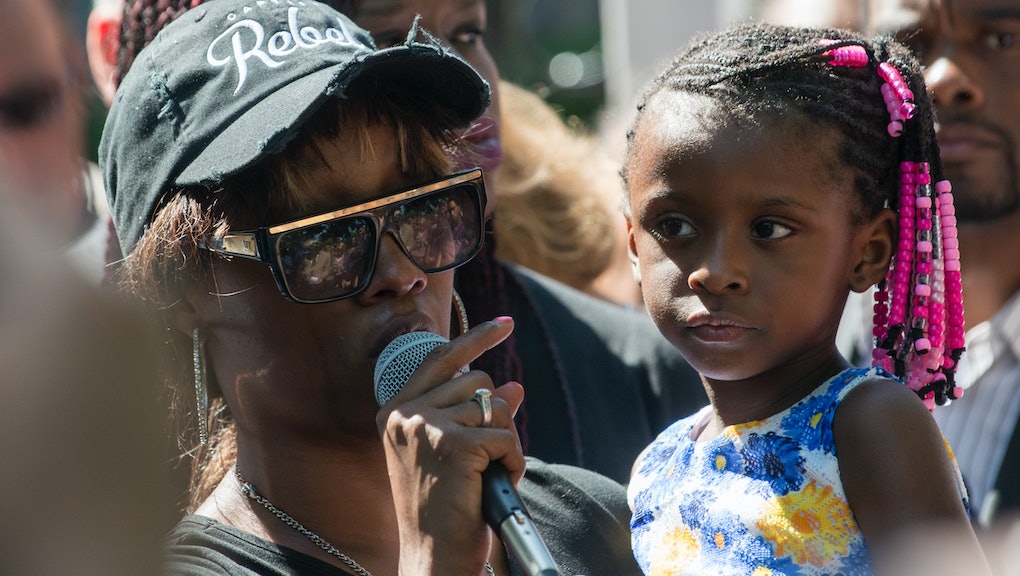 Diamond Reynolds on why she recorded Philando Castile: "People are not protected against the police"

During her second day of court testimony on Tuesday, Diamond Reynolds gave a chilling account of why she recorded the shooting death of her boyfriend, Philando Castile, at the hands of St. Anthony, Minnesota, Police Officer Jeronimo Yanez in July 2016.

"I know that people are not protected against the police," Reynolds said, according to Minneapolis-based reporter Jon S. Collins, who was present in the courtroom at the time. "And I wanted everyone to see, that if I died in front of my daughter, everyone would know the truth."

Reynolds' emotional testimony came as the Yanez trial continues to unfold this week in St. Paul. The officer has been charged with second-degree manslaughter for shooting Castile, a black motorist, during a traffic stop in nearby Falcon Heights, which Reynolds recorded and streamed on Facebook Live from the passenger seat.

Reynolds' 4-year-old daughter — Dae'Anna — was sitting in the back seat of the car as her mother's boyfriend bled out.

"It's okay, I'm right here with you," Dae'Anna can be heard saying on the recording, as her mother cries from the back of a police car.

(WARNING: The footage below is graphic.)

Reynolds also reportedly testified that Castile's last words were, "I can't breathe" — an eerie echo of the last words uttered by Eric Garner, the 43-year-old black man who died after being held in a chokehold by New York City police officers two years prior.

Castile's death marked the second high-profile fatal shooting by police of a black man to take place in July 2016. The day before, on July 5, Alton Sterling was fatally shot by police in Baton Rouge, Louisiana. Both men's deaths sparked nationwide demonstrations, which were part of a broader protest movement united by the mantra "Black Lives Matter."

As Mic's Aaron Morrison recently reported, it is remarkably difficult for juries to convict police officers of crimes for using lethal force in the field, due to several U.S. Supreme Court rulings that outline generous standards for "reasonable" use of force. In addition to the second-degree manslaughter charge, Yanez also faces two charges of dangerous discharge of a firearm, because Reynolds and Dae'Anna were in the car when he shot Castile.