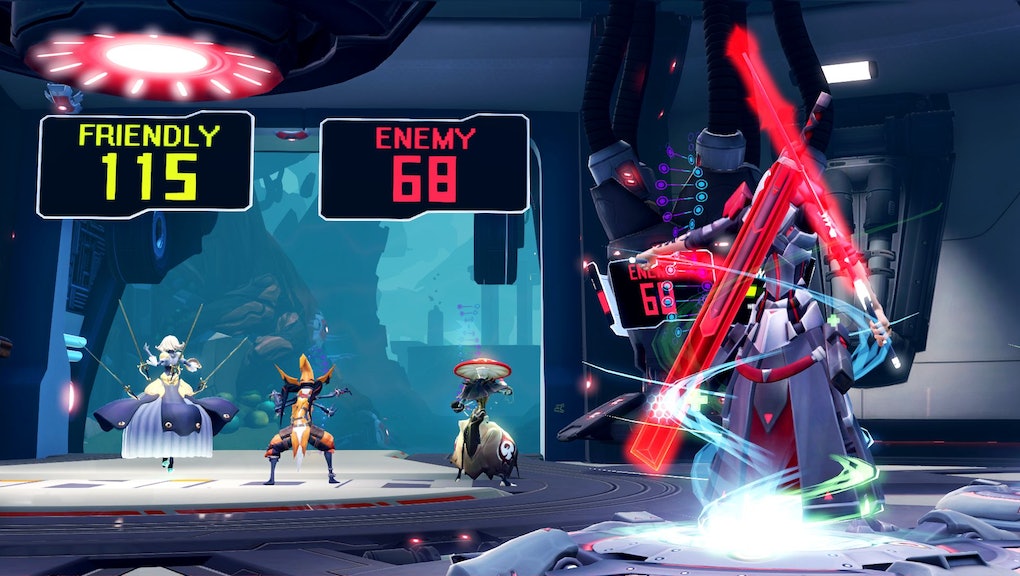 Regardless of the quality of the game, Gearbox's Battleborn hasn't had the best time in terms of public perception since it launched last year. The cartoony, character-driven competitive shooter drew immediate comparisons to Overwatch (fair or not) when both games launched in May 2016, to much different levels of success.

However, Battleborn could find a new audience with this latest development.

Kotaku first reported the move in November. Now, Battleborn has a free-to-play model for its competitive multiplayer on PS4, Xbox One and PC. The game's co-op campaign will still be paid content, but you can play the game's main draw to your heart's content and supplement that with microtransactions.

Though this might possibly become the main way people play Battleborn now, it's labeled as a free demo when you go to your respective digital marketplace to download it. However, there is no time or match limit, according to the Battleborn website. You can just play Battleborn for free now.

Despite the surface-level comparisons to Overwatch, Battleborn is a significantly different game. Rather than the fast-paced escort and assault objectives of Blizzard's online shooter, Battleborn is essentially League of Legends in first person. It combines shooting with MOBA elements, such as in-match character progression, artificial intelligence-driven creeps and lanes. There are 30 playable characters who fulfill a variety of different roles, from tanking to healing.

If that sounds at all interesting to you, go ahead and download the free version of the game now.