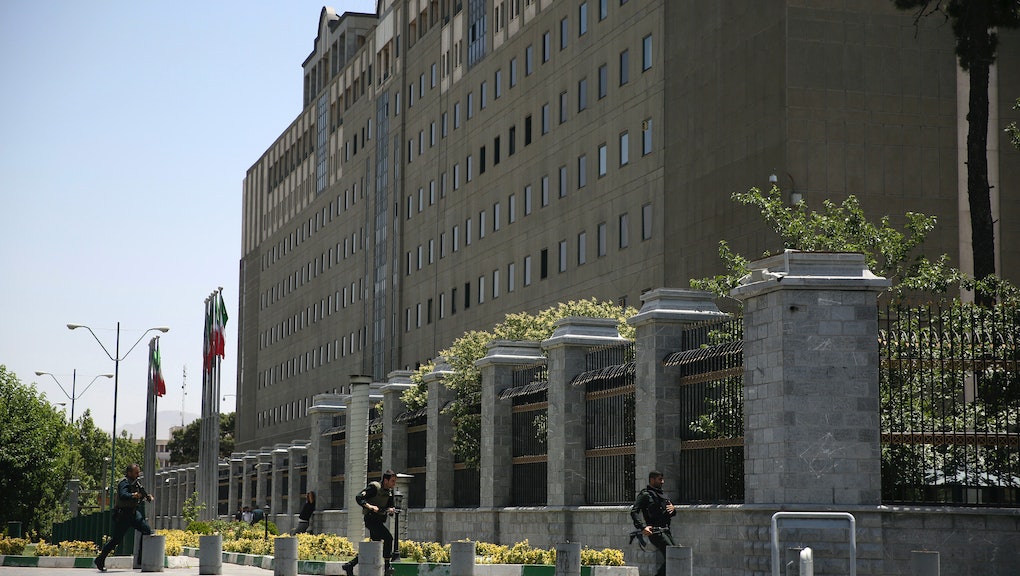 Violence broke out in and around the Iranian capital of Tehran on Wednesday at both the Iranian parliament building and the Ayatollah Khomeini mausoleum, just south of the city, CNN reported.

CNN reported that 12 people were killed in the dual attacks and dozens more were injured, citing Iranian media.

According to the Associated Press, Iranian state media reported that multiple attackers stormed the Iranian parliament building, which, according to CNN, is "highly fortified," with "multiple security checkpoints."

Hours after the initial attack on the parliament building, Iranian authorities reportedly announced that the situation was under control, CNN reported. All four attackers were reportedly killed by Iranian security.

The AP reported that the Islamic State group has claimed credit for both of Wednesday's attacks.

Terror attacks are rare in Iran — CNN reported that the "last major attack" in the country was a 2010 suicide attack on a mosque that killed 39 people.