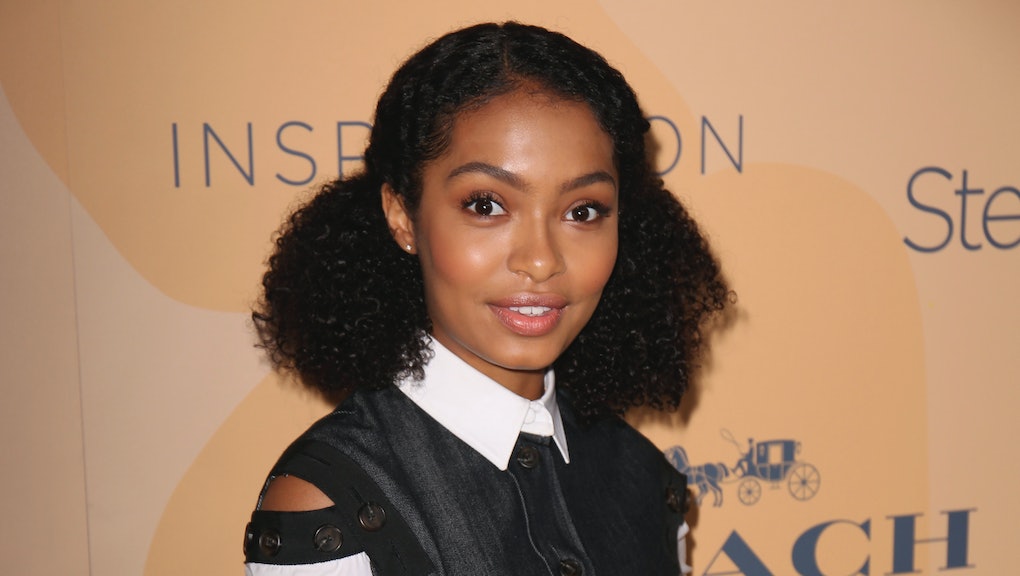 The Black-ish star announced her acceptance to the prestigious university on Instagram with a photo of her wearing the school's sweatshirt. She captioned the photo with a quote by James Baldwin.

Shahidi first told Seventeen in April that she'd been accepted to every single college she applied for. No big deal or anything. At the time she hadn't decided on where she was going to go, but she did reveal her focus of study: Shahidi plans to double-major in African American studies and sociology.

Shahidi had one thing most other applicants probably lacked: a recommendation letter from Michelle Obama. The former first lady and the actress became close when the two worked together on Obama's Let Girls Learn program.

Life is starting to imitate art for Shahidi, who also landed her own spinoff: Her character on Black-ish is going to college, too. After a backdoor pilot that aired in May, the series is officially happening at Freeform.

College-ish, based on Zoey Johnson's college experience, is set to premiere in early 2018. The show has a 13 episode order.

It's Yara Shahidi's moment, and we're all living for it.