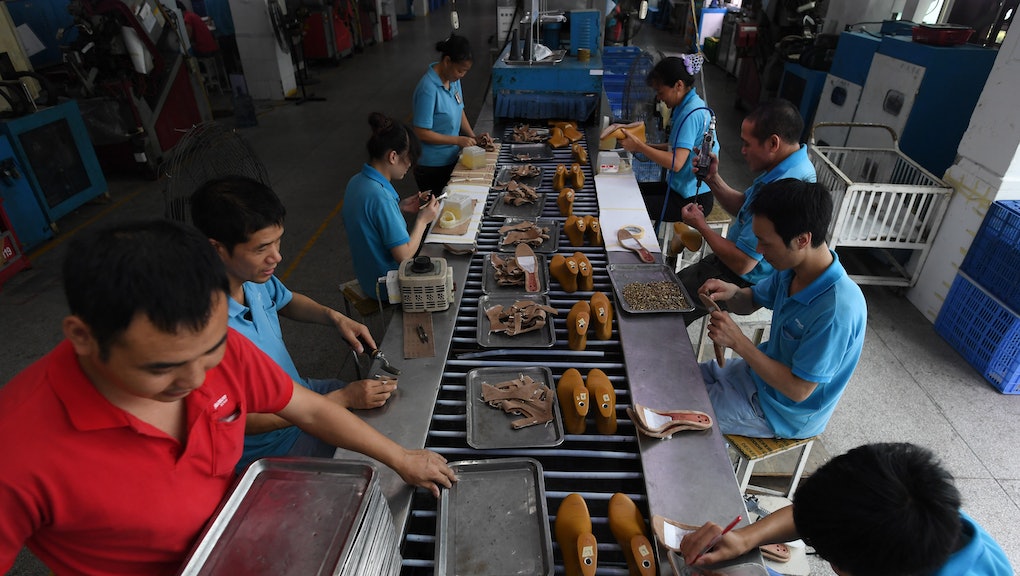 Chinese government officials ignored requests from the U.S. State Department on Tuesday to release three activists who were investigating labor conditions at a factory that produces shoes for Ivanka Trump’s clothing line.

Alicia Edwards, a spokeswoman for the U.S. State Department, asked China to release the detainees “immediately” and allow them “judicial and fair trial protections.” Edwards explained that activists like these can help U.S. companies identify any unethical working conditions or abusive practices in foreign factories that may sell them products.

The three activists were working with New York-based advocacy group China Labor Watch to investigate working conditions at Huajian International, a Chinese manufacturer that makes shoes for Ivanka Trump’s brand, among others. After working undercover in the factories, the group released a report in May describing a handful of unfair labor practices, including 12.5-hour shifts for six days a week, with some workers making less than $1 per hour. The activists penned a letter to Ivanka Trump detailing the conditions in late April but haven’t heard back.

China Labor Watch said this is the first time in the group’s 17 years that any of its activists have been detained, according to the New York Times. China’s Ministry for Foreign Affairs alleges that the men used an illegal recording device to eavesdrop on factory employees, but CLW executive director Li Qiang denies these accusations, remaining confident that the three activists are innocent.

One of the men’s lawyers, Wen Yu, said Tuesday that all three activists are in custody at Ganzhou City Detention Center in Jiangxi. After more than a day of waiting to speak with his client, he was finally allowed to meet with him Tuesday.

"His condition inside is okay. Nobody beat him," Yu told TIME. "It's just that he has to sleep next to the toilet. People go to pee all night."

It’s hard to say whether or not the factory’s relation to Ivanka Trump or her father has anything to do with the arrest, but Jerome Cohen, the faculty director of New York University’s U.S.-Asia Law Institute, told the New York Times that a call for release by Ivanka Trump would likely benefit the activists.

“There is no doubt that a statement by the Ivanka Trump organization, expressing deep concern over the detention of labor activists striving to improve working conditions, would be helpful to their situation,” Cohen said. “It alone might bring about their release.”