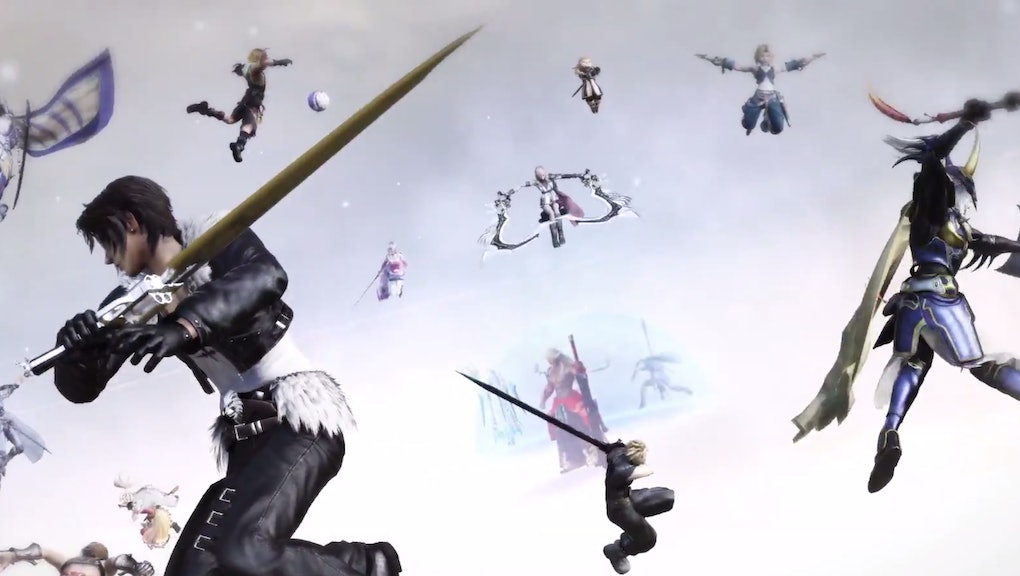 We are having one hell of a year for excellent fighting games. Injustice 2's fluid combat mechanics and exceptional facial animations wowed us in May. Tekken 7 may be challenging, and newcomers may want to steer clear, but we love it anyway. With Pokken Tournament DX making its way to the Nintendo Switch on Sept. 22, we've got a ton to choose from for this year alone.

Square Enix is giving us one more fighting game to look forward to: Dissidia Final Fantasy NT. The Final Fantasy flavored brawler will hit the PS4 in 2018.

Dissidia Final Fantasy NT: Many familiar characters to play as in the 3v3 arena

The trailer below gives us a good idea of what we can expect for playable characters, locations and gameplay.

Unlike the previous entry in the series, Dissidia Final Fantasy NT will be a team-based brawler, allowing players to enter the arena and play in 3-versus-3 matches. But you'll still have twenty Final Fantasy fighters to choose from.

Notably absent from the roster is Prince Noctis from Final Fantasy 15, which YouTube commenters have been quick to pick up on. It's difficult to speculate on what we'll see for the 2018 release, but I'm hopeful that Noctis, Gladio, Ignis and Prompto will make their way to Dissidia.