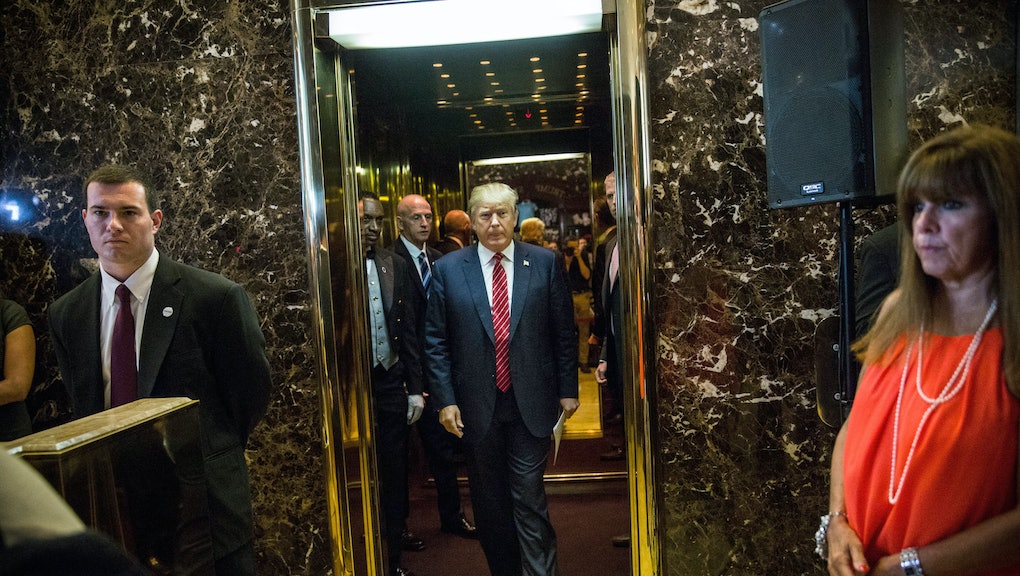 Donald Trump has made extravagant promises about delivering "massive" tax cuts for Americans, but a top financial watchdog says the president's hometown will pay the price for his reform plans.

New York City Comptroller Scott Stringer says Trump's plan to cut state and local deductions would slam Gotham with a stunning $7 billion in increased federal taxes — a cost that would be shouldered by an estimated 1.3 million city taxpayers.

Mic got an exclusive first look on Wednesday at Stringer's breakdown of how low- and middle-income residents of the city where the Trump family made its fortune find their wallets lighter under his proposals.

“When it comes to this White House, every day seems to bring another policy that helps billionaires, hurts everyday Americans or both," Stringer said in a statement about the state and local tax deductions, also known as SALT.

"We’re watching closely and crunching the numbers, and by raising taxes on over one million middle-class New Yorkers, it’s become clearer than ever that this White House has no intention of having an economy built on fairness," he said.

"Eliminating this deduction will impact New Yorkers in every borough — it’s huge.”

While the details are still being sorted out, it's been reported that SALT is the most popular deduction taken by New Yorkers.

Per Syracuse.com, New Yorkers are "second only to California ($97 billion) in the total amount claimed as IRS deductions for state and local taxes, a result of higher taxes in the two states compared to the rest of the nation."

Stringer's analysis drills down into just how hard New Yorkers of different income brackets would be affected by the plan, which at rollout promised to slash the number of brackets from seven to three.

"A family making $75,000 a year would have to pay $1,800 more in federal taxes if this deduction were eliminated," the analysis found, although the potential hike in payments does increase with income.

The White House did not immediately respond to a request for comment.

Forbes has delved into why repealing SALT is a political minefield, even using Trump's home state as a specific example:

Stringer, a staunch Democrat and vocal Trump critic, says he'll be monitoring the tax reform plan's march through Washington — as are major companies, which like the possibility of reforms that spur economic growth and are reportedly delaying big spending decisions until there's a more concrete proposal.

"President Trump says one thing in words, another in his tweets, and even yet another thing on paper," Stringer said. "We are going to continue to watch his tax plans closely and give working families the information they need to understand how White House policies affect them.”