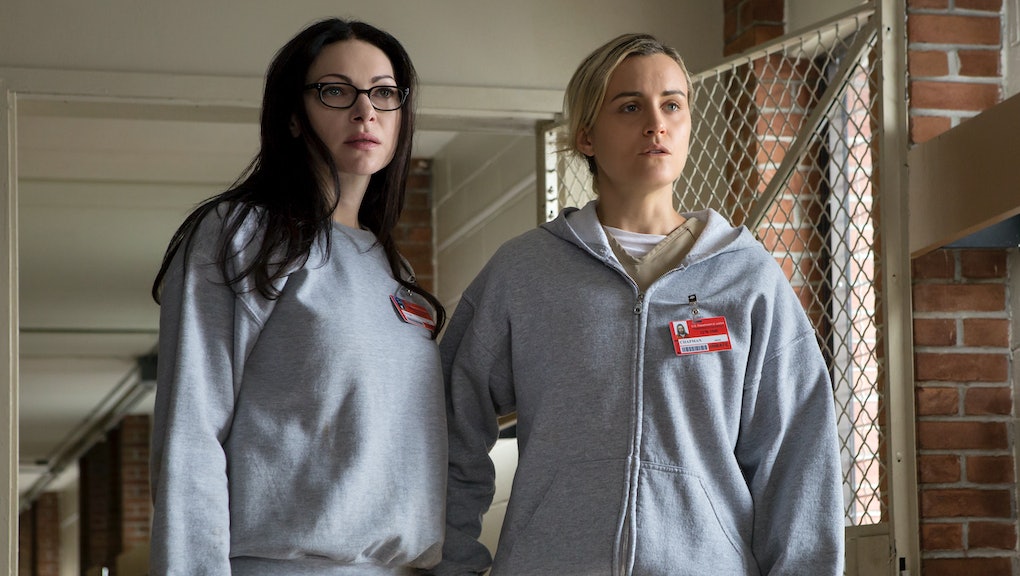 'Orange Is The New Black' Season 5 Release Time: When to watch the new episodes on Netflix

Cancel all future plans because Orange Is The New Black is returning to Netflix.

Season five of the prison drama arrives on the streaming service Friday. Fans can expect to watch the new episodes when they arrive on Netflix at 3 a.m. Eastern.

In season five of the show, all hell has broken loose. Following the events of season four, the new season takes place right after and is set over a three day period.

After Poussey's death, the inmates of Litchfield Penitentiary are not feeling the love. Things have become a mess at the prison and then it all takes a turn when Daya comes into possession of a gun at the end of season four. Fans will find out how she chooses to use it and how it will impact the rest of the prison.

There is still time to get caught up on OITNB before Friday and fans can stream the first four seasons of the show on Netflix.