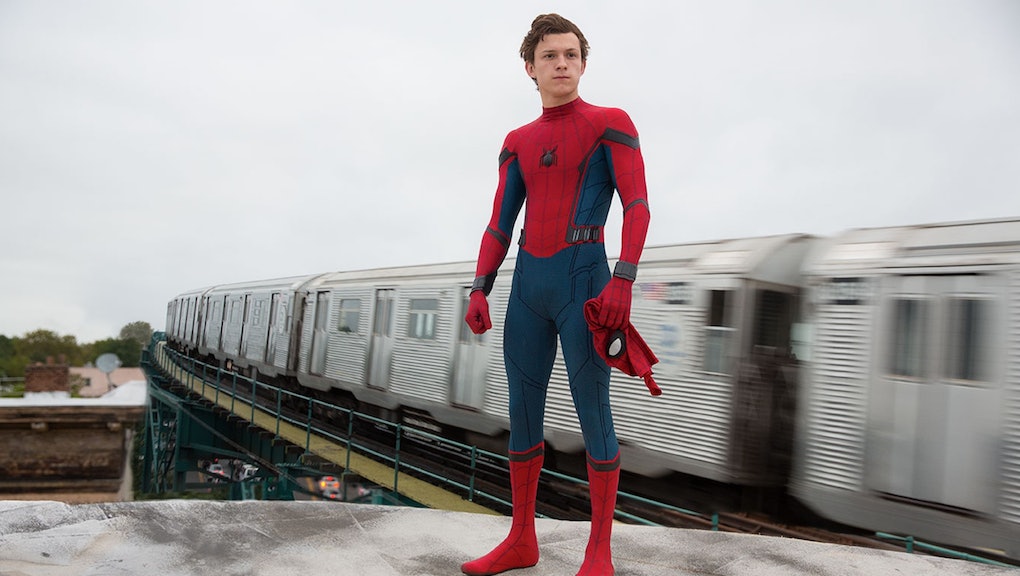 If there were ever any doubts that comic books would translate magnificently to the big screen, they were put to bed with the release of Sam Raimi's 2002 Spider-Man. Starring Tobey Maguire in the title role, the film was nearly universally acclaimed, and grossed more than $821 million at the worldwide box office. That movie spawned two more sequels before Sony ultimately decided to reboot the franchise in 2012 with the Amazing Spider-Man films, featuring Andrew Garfield as your friendly neighborhood Spider-Man.

The Amazing Spider-Man and its frankly laughable sequel did not fair quite as well at the box office as its predecessors, which likely led Sony to rethink their big-screen approach to the character. After The Amazing Spider-Man 2's lackluster performance, and franchise low of 52% on Rotten Tomatoes, Marvel and Sony struck an agreement that would allow the Spider-Man character to appear in the hugely successful Marvel Cinematic Universe, beginning with Captain America: Civil War.

On July 7, Spider-Man will swing into theaters once more, with his first solo film under the Marvel and Sony deal. Spider-Man: Homecoming is being produced by both Marvel and Sony, and will indeed take place in the MCU. Before Homecoming hits theaters, and joins one of the most lucrative series in film history, let’s take a look at how the webslinger's prior films stack up. From awesome to awful, here are the best Spider-Man films released to date.

It shouldn’t be a surprise that Spider-Man 2 ranks at the top of this list. Raimi's sequel to Spider-Man took everything audiences loved from the first film and improved upon it. Focusing just as much on Peter Parker as it does Spider-Man, Spider-Man 2 excels as a study of its main character. Spider-Man 2 confronts Peter with perhaps his most difficult inner conflict: If he could give up being Spider-Man, would he? For awhile, he does decide to hang up his costume and tries life out as a civilian.

But Spider-Man 2 doesn’t only succeed in its exploration of Peter Parker. Mary Jane Watson and Harry Osborn are each given compelling storylines that don’t even drag down the overall plot of the film. With Harry, we get to see his hatred of Spider-Man begin to reach a boiling point, as he blames him for the death of his father. MJ, meanwhile, starts to find success as an actress, but struggles with Peter's failures as a friend.

Perhaps the greatest part of Spider-Man 2, though, is the film's portrayal of Doctor Octopus. Played by Alfred Molina, Doc Ock is a tragic villain who only turns to a life of crime after an accident leaves his wife dead and him under the influence of artificially intelligent robotic limbs. In fact, if there’s any complaint to be lobbed against Spider-Man 2, it’s that Molina doesn’t receive enough screen time.

Thirteen years after its release, Spider-Man 2 not only stands as the best Spidey film, but also as one of the greatest comic book adaptations of all time. And it will likely be the benchmark against which Spider-Man: Homecoming, and its future sequels, will be judged.

Very often it’s difficult for sequels to outshine the original. And that’s certainly the case with the Spider-Man franchise (with the notable exception of Spider-Man 2, of course). The first movie in Raimi's Spider-Man trilogy is a thrilling comic book adaption that effectively sets up our hero’s origin, introduces an iconic villain in Willem Dafoe’s Green Goblin and managed to prove to the world that comic book movies were hugely bankable.

Unlike some comic book films released recently (2016’s Batman v Superman and X-Men: Apocalypse come to mind immediately), Spider-Man doesn’t feel overstuffed. Rather than being packed with an unnecessary amount of CGI and destruction, the film relies more on character-driven conflict, like Parker dealing with his role in his uncle’s death, and learning near the end that the Green Goblin is actually Norman Osborn, father to his best friend Harry.

At times, some of the gags in Spider-Man can come off as corny, but that’s sort of in line with the character. And even if it hasn’t aged perfectly, Spider-Man remains a crucial film in the canon of comic book blockbusters — its record-setting opening weekend in 2002 was a watershed moment for the genre.

The Amazing Spider-Man went on to gross a little more than $757 million worldwide, which was less than $30 million shy of Spider-Man 2's final tally. More importantly, the film actually wasn’t a retread of what came before. The Amazing Spider-Man series gets a bit of a bad rap because of the film’s maligned sequel but the first movie’s pretty entertaining.

Andrew Garfield plays a serviceable (if a little too neurotic) Peter Parker, and the introduction of Parker's first girlfriend from the comics, Gwen Stacey, is a solid touch — and having her played by a talent like Emma Stone is obviously a win as well. The chemistry between the two stars (who had a longterm romantic relationship off the screen) charms, and with the Lizard serving as the villain, it’s nice to see Spider-Man face off against an enemy that isn’t connected to the Green Goblin, who was overused in Raimi’s trilogy.

Just because The Amazing Spider-Man 2 isn’t at the bottom of this list doesn’t mean it’s any good. In fact, this movie’s a straight-up mess. The Amazing Spider-Man 2 is so bad, so sloppy plotted, that the lack of enthusiasm it inspired probably played a pretty significant role in the deal that ultimately allowed Spidey to appear in Captain America: Civil War, and now enables Tony Stark to show up in Homecoming.

The Amazing Spider-Man 2 falls into the same trap that Spider-Man 3 did. Rather than pit Spider-Man against one compelling villain, The Amazing Spider-Man 2 sees the hero battle against two thinly layered adversaries: Electro and Harry Osborn's Green Goblin, the latter of whom we saw in 2007’s Spider-Man 3. And on top of all that, Paul Giamatti shows up in a throwaway role as the lackluster villain Rhino, likely as a setup for the scrapped Sinister Six movie.

Really, the only redeeming qualities of The Amazing Spider-Man 2 are its relatively accurate portrayal of Gwen Stacey's iconic death scene from the comics, and the solid performances from Garfield and Stone. But the duo’s back-and-forth isn't nearly enough to overcome such a deeply flawed script.

Ranking Spider-Man 3 below the two Amazing Spider-Man installments might not be a very popular opinion, but if I’m being honest with myself, it’s the right call. Spider-Man 3 is a disaster. It abandons all that made the first two films special, and suffers from an attempt to do way too much.

The final film in Raimi's trilogy featured not one, not two, but three villains. Sandman dominates the film’s first act, Harry Osborn’s Green Goblin II is forced into the middle and Venom crashes the final stretch. The movie would’ve probably been better served by scrapping Sandman altogether, promoting Venom to be the primary villain while also allowing a bit more time to explore Harry's descent into villainy.

But even setting the issues with the bad guys aside, Spider-Man 3 also drags when Peter Parker’s possessed by the Venom symbiote. The extraterrestrial presence alters Parker’s personality, turning him into a sort of evil-twin version of himself — and as good a Spider-Man as Maguire is, he’s not very believable as a jerk. Ultimately, it’s just another subplot in a movie that’s already packed with them.

But, in the plus-column, Spider-Man 3 did give us this ridiculous and unforgettable scene:

Spider-Man: Homecoming will be released nationwide on July 7, and fortunately, the early reactions are extremely positive. Of course, it will take something close to perfection for Homecoming to surpass Spider-Man 2 as the greatest film to feature the web-head. But even if it doesn’t quite reach those heights, it’s great to see Spider-Man swinging back into theaters — and this time as part of the MCU.