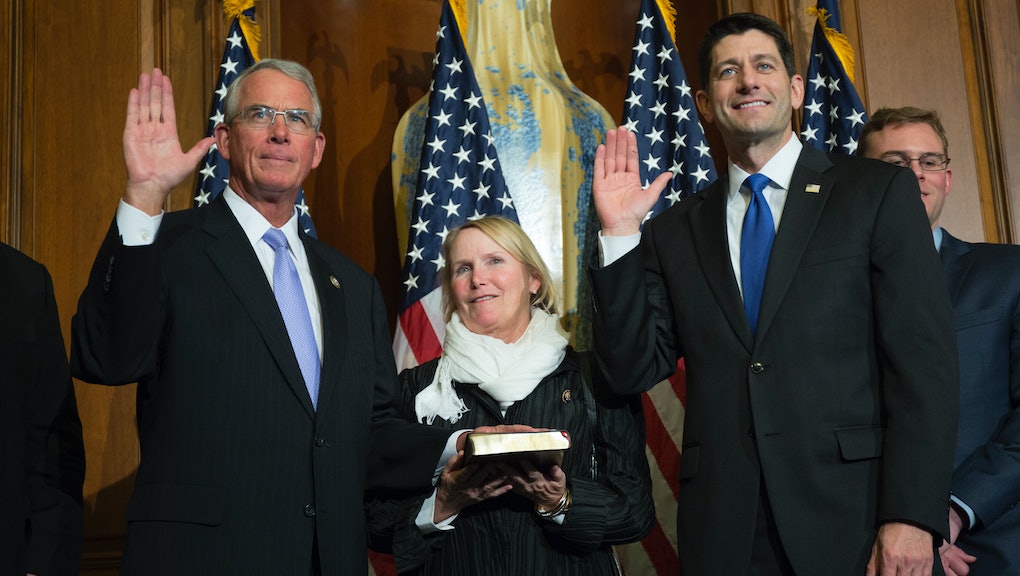 A Republican congressman says legislation is in the works that would yank federal funding to the University of California, Berkeley based on the school's handling of speakers whose engagements led to explosive protests.

"I think there is a bill out there to not fund the University of California at Berkeley for what they did," Florida Rep. Francis Rooney, a member of the House Education and Workforce Committee, said in an interview on Sirius XM Tuesday.

"Just like the idea of not funding sanctuary cities, it's certainly worth considering cutting back federal funds to schools that don't believe enough in our Constitution and our free speech to defend it," Rooney told Sirius XM's Patriot Tonight program.

Rooney's proposal would bring to life a viral tweet issued by President Donald Trump just days after his inauguration.

"If U.C. Berkeley does not allow free speech and practices violence on innocent people with a different point of view — NO FEDERAL FUNDS?" Trump tweeted on Feb. 2.

The president posted the tweet after violent protests erupted in response to a scheduled speech by alt-right commentator and Trump supporter Milo Yiannopoulos.

In calling off the speech and evacuating the provocateur speaker amid the chaos, Berkeley officials said that "Yiannopoulos' views, tactics and rhetoric are profoundly contrary to those of the campus." But the university remained bound by the Constitution and its own guidelines, which, officials said, "include the enabling of free expression across the full spectrum of opinion and perspective."

Press officers for Berkeley did not immediately respond to a request for comment on Wednesday regarding the remarks from Rooney, who said in the interview that, when it came to lawmakers limiting funding to schools that obstructed free speech, "a lot of people that would want to do that."

After the Yiannopoulos incident, Berkeley soon found itself in the middle of renewed drama when conservative pundit Ann Coulter cancelled her scheduled on-campus appearance in April.

"Everyone who should believe in free speech fought against it or ran away," Coulter told the New York Times after student groups that had invited her to speak pulled out amid fears of more violence — even though figures as far away from her on the political spectrum as Sen. Bernie Sanders (I-Vt.) said she had the right to speak without threats or intimidation.

Now Rooney is looking to put a cash value on that right.