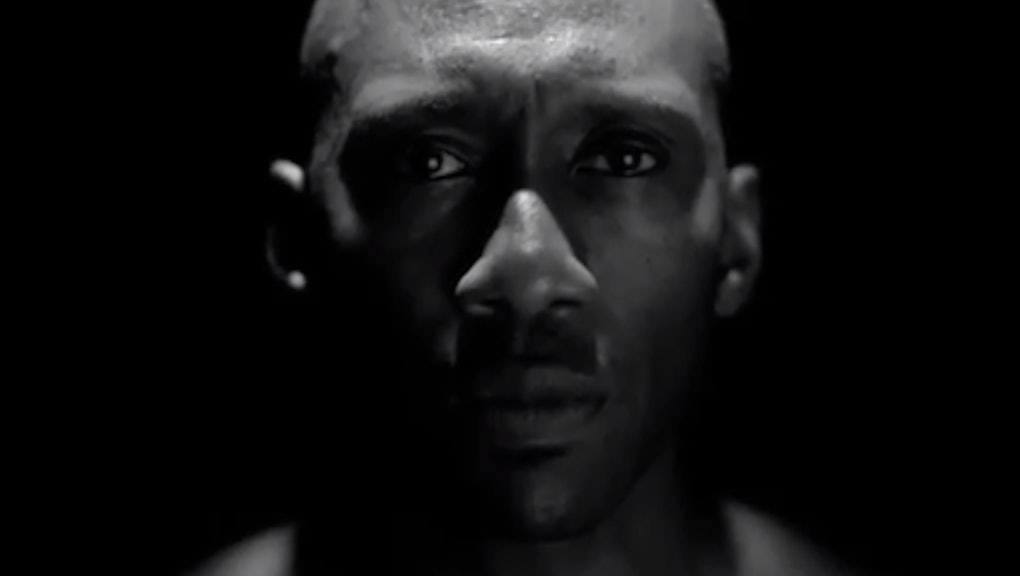 What is '4:44,' Tidal's mysterious trailer for a project starring Mahershala Ali and Lupita Nyong'o?

Warriors fans who stayed up late Wednesday to watch the NBA finals were treated to something even better than watching their team beat the Cavaliers.

A mysterious, minute-long trailer dropped Wednesday evening during the NBA finals without any warning or context. The clip, a black-and-white, completely dialogue-free sixty seconds, features Academy Award-winner Mahershala Ali training as a boxer while Emmy-nominee Danny Glover holds his punching bag for him.

The trailer ends on a shot of Ali wincing in pain.

As the trailer ends, three cards flash in quick succession, advertising the name of the project, 4:44; the project's stars, which include Ali, Glover and Academy Award-winner Lupita Nyong'o, who doesn't appear in the trailer; and that the project has received an NC-17 rating and will be featured exclusively on the Sprint partnership page of Tidal's website.

The cards that conclude the trailer track with the aesthetic of the enigmatic ads that popped up without warning all around New York City in early June.

The ads were initially thought to herald an upcoming surprise album from Jay Z, who purchased the Tidal music and video streaming service from a Swedish company for $56 million in 2015.

It's unclear if 4:44 is a film, a music video, a visual album, all of these things or none of them at all — but with stars like Nyong'o, Ali and Glover involved, we'll take whatever we can get.