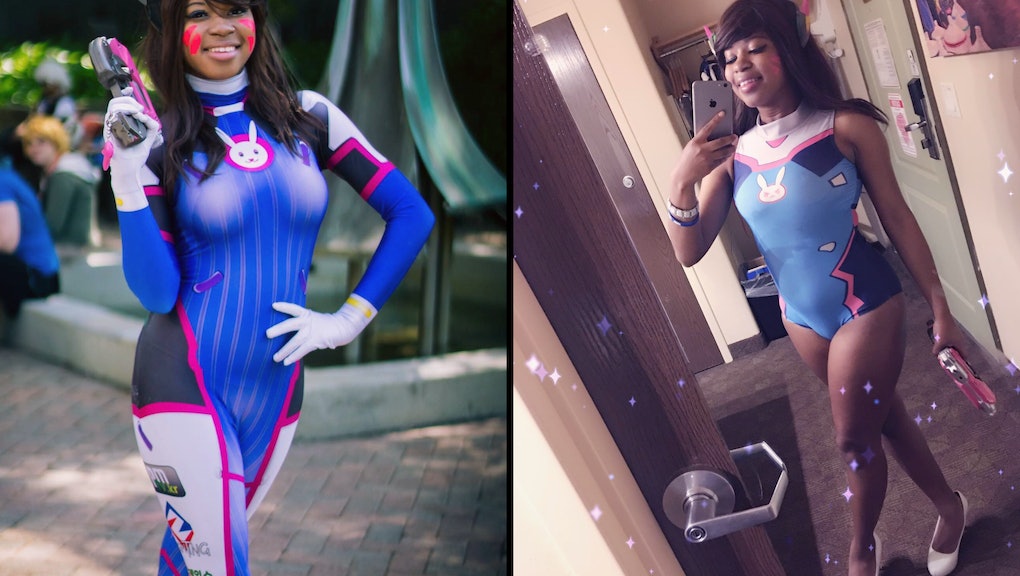 Racist reaction to black D.Va cosplayer shows the struggles of being a nerd of color

It's no surprise Overwatch fans really care about the game's characters — even the voice actors get a bunch of love. But sometimes fans can take their love to the extreme, arguing with and harassing people who disagree with their interpretations. And that's when we see the true measure of people, usually for worse.

Popular cosplayer Krissy Victory recently posted a video outlining her experience with cosplaying D.Va and the response she received as a black cosplayer.

Victory has gotten extremely racist comments for her portrayal of D.Va

In a follow-up interview for Now Loading, Victory recounted the specific racist responses directed her way: "It kept going. It was a sea of n-words," she told writer Jay Vergara. It didn't end there, unfortunately:

[Words like] ape, kill yourself. It got so out of hand it shell-shocked me. I would keep banning people off my pages. They would share the picture to insult me anyway, and there would be nothing I can do."

After the article was published, Victory tweeted screenshots of some of the comments posted on her Facebook page:

This situation broadly illustrates a larger problem for nerds of color. Here's how Kat Blaque laid it out in her own video about the question of a white person using blackface in their cosplay:

D.Va may be Korean, but the issue is white people will be seen as just playing the character, while black people will always be seen as the "black version" of that character.

Further, the core of the problem is that the "black version" will be seen as a negative — fans view black cosplayers as ruining their characters.

Victory ended her Now Loading interview by talking about the positive reactions that resulted from the negative situation:

Through the cloud of hate there were people there telling to me push forward. If I just gave up and never did D.Va again, there wouldn't have been as many D.Va cosplayers as there is now that were black. And by no means do I mean that in a narcissistic way. ... It was so much second-guessing but I did D.Va anyway. I kept bringing her to cons, I kept taking photos and smiling. Mainly to piss off racists. And eventually I started seeing more D.Vas.