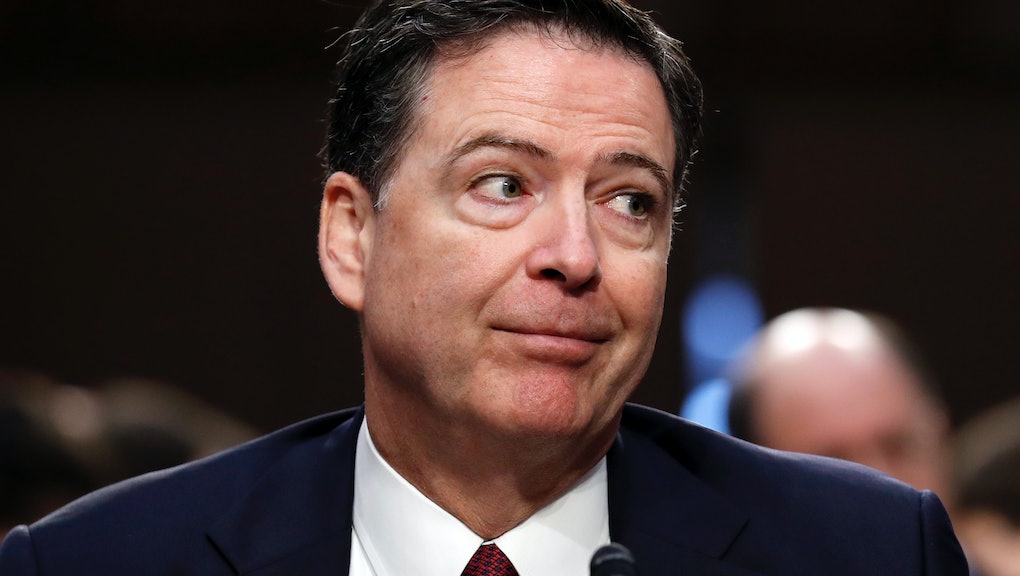 Former FBI Director James Comey had glowing words for his old organization when he testified about President Donald Trump's meddling in the bureau's Russia investigation Thursday.

"The FBI is honest, the FBI is strong and the FBI is and always will be independent," Comey said to the members of Congress, media and observers assembled on Capitol Hill.

But for many black Americans, the history of the FBI is defined largely by its suppression of civil rights groups during the late-20th century. Black Twitter users wasted no time in pointing this out:

In the 1960s, the FBI famously initiated COINTELPRO, a years-long counterintelligence campaign aimed at discrediting and dismantling the Black Panther Party, the American Indian Movement and other civil rights organizations.

In 1964, FBI agents mailed an anonymous letter to Dr. Martin Luther King Jr. written in the guise of a disgruntled black follower. The letter calls King "a complete fraud"; "a dissolute, abnormal moral imbecile"; and a "sexual psychotic," then urges King to kill himself.

"There is but one way out for you," the letter reads. "You better take it before your filthy, abnormal fraudulent self is bared to the nation."

Comey and the FBI have attained a sort of minor outlaw status among liberals recently, ever since Trump abruptly fired him in an apparent attempt to manipulate the outcome of an investigation into his campaign's connections with the Russian government.

But if the social media response is any indicator, many Americans know better. The FBI is an organization that has fought civil rights progress for black people, Natives, Muslims and others for decades. Not even Comey's mini-feud with Trump can erase that.