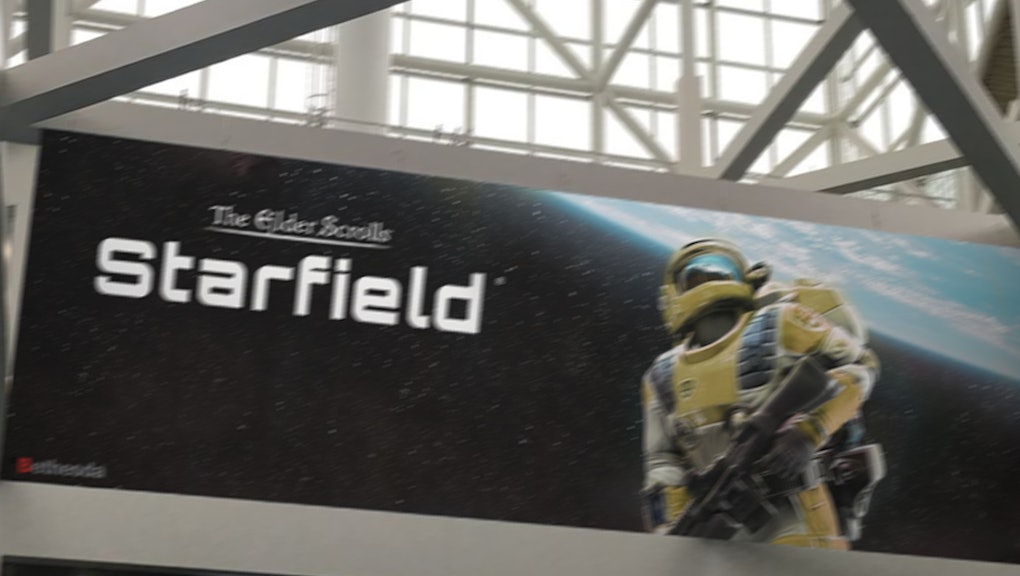 An image showcasing Elder Scrolls: Starfield, originating on 4chan's /v/ board, has made the rounds on the internet. After another purported leak concerning a Bethesda announcement of a new IP called Starfield occurred over the weekend on /v/, many were hoping this picture would vindicate the leaker's claims. Unfortunately, this is not really what happened.

Elder Scrolls Starfield leak: Will the next Skyrim game be set in space?

It's been almost six years since the last single-player Elder Scrolls released. Skyrim was a lot of player's first experience with The Elder Scrolls, and it's such a popular title that a lot of gamers forgo the franchise name altogether when talking about the series. With the 4chan rumor claiming Starfield would combine the Fallout and Elder Scrolls franchises in a sci-fi setting, it wasn't hard for Bethesda fans to get excited.

Unfortunately, the picture showing a banner The Elder Scrolls: Starfield is a fake, and not a very good one at that. If you flip it upside down, mirror it and place it next to art for the game Shattered Horizon, it's very obvious that this was a quick photoshop job to get a rise out of people.

Bethesda's E3 conference starts at 10 PM ET on June 11, where it's thought they'll be featuring two major new games. Given Bethesda's history of releasing smash hits, these two titles are likely to be two of the most popular games of 2017-18. With so many fans excited to hear what's coming out of Bethesda's studios there's likely a huge crowd of trolls waiting to mislead and fool, so take any rumors or leaks you hear with a grain of salt until you see something official.