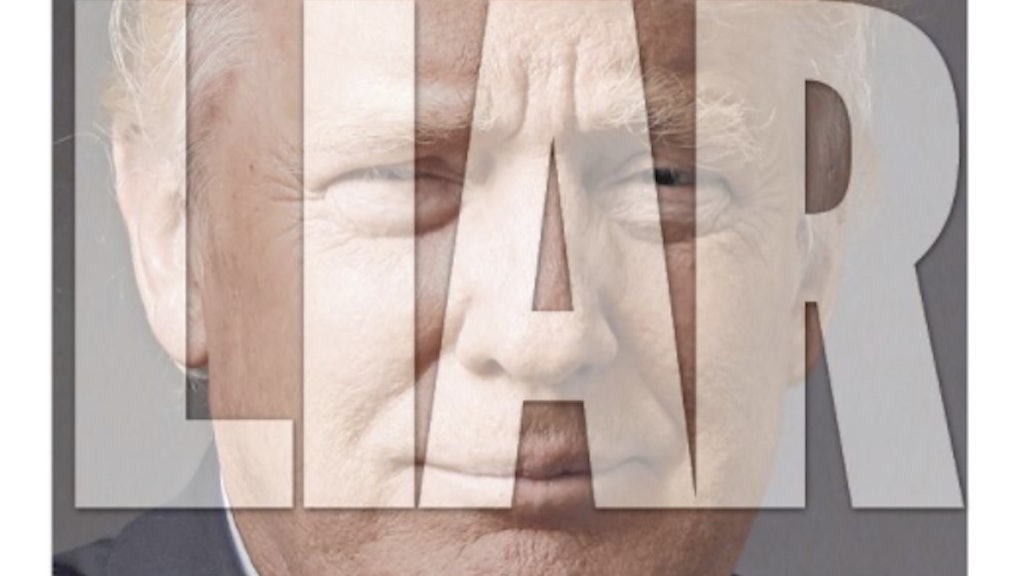 Capping off a day filled with hours of testimony by former FBI Director James Comey on the nature of communications he had with President Donald Trump amid an ongoing investigation into possible Russian hacking in the 2016 presidential election, the New York Daily News tweeted out a photo of its Friday cover.

Just at first glance, it's hard to tell what that cover is really trying to say:

The word "LIAR," scrawled across Trump's face, could be in reference to the fact that during Comey's nearly three hours of public testimony before the Senate Intelligence Committee, Trump's contradicting statements and questionable directives took center stage.

At one point, Comey explained that the line he had been fed after his sudden May termination was that he had mishandled the investigation into Democratic candidate Hillary Clinton's email server, only for Trump to publicly trash that explanation shortly thereafter.

The president's initial justification for his firing, Comey reasoned, had been "lies, plain and simple."

At another point during his testimony, the former FBI director said he had been inclined to keep fastidious records of his encounters with Trump because of the nature of the president's character.

“I was honestly concerned he might lie about the nature of our meetings so I thought it important to document,” he said. “I knew there might come a day when I would need a record of what had happened, not just to defend myself, but to defend the FBI and our integrity as an institution.”

Comey added that he hadn't felt the same need to document meetings with former Presidents Barack Obama and George W. Bush, because he hadn't been concerned that they would lie to him.