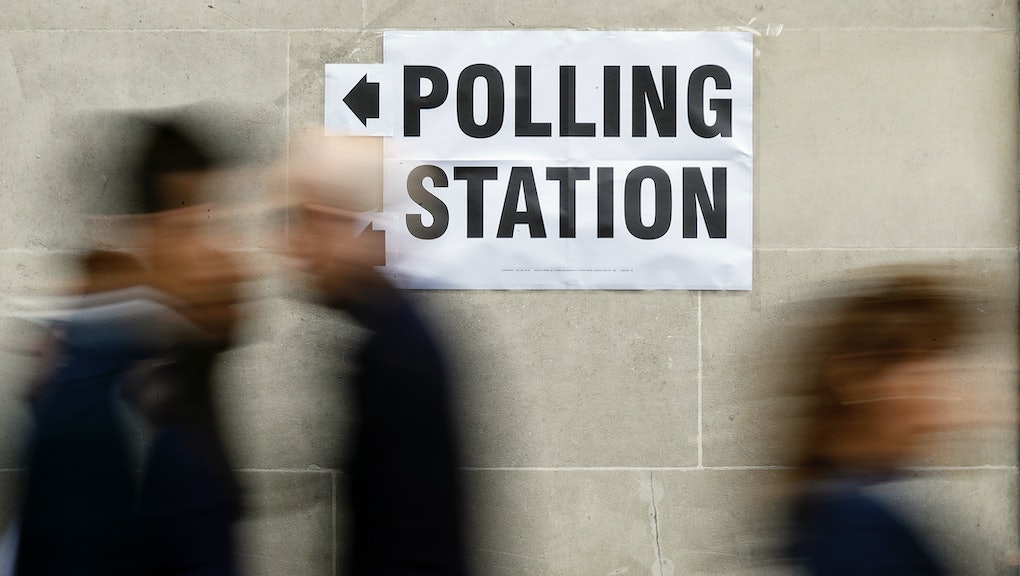 Thursday's U.K. election may have ended in a hung parliament, but there was at least one group that saw a decisive victory: women.

According to the Guardian, a record number of women will take seats in Britain's House of Commons this session, with at least 207 female MPs having been elected in Thursday's vote. The previous iteration of the House of Commons had 196 women.

Sam Smethers, the chief executive of the Fawcett Society, a U.K.-based charity for women's rights, sees some significant progress in these numbers — but she said the march toward gender equality could stand to move along much faster.

"The number of women MPs in parliament has broken the 200 barrier for the first time," Smethers told the Guardian. "But while this is progress the fact remains that just 32% of our MPs are women, up from 30% before the election.

"We are moving forward at a snail’s pace and this is embarrassingly slow."

Some might say the same of the United States, whose number of women in Congress remained stagnant following the 2016 election. However, despite the middling numbers of congresswomen overall, the election won women of color a record number of 38 seats in Congress.

"It is time for a radical new approach," she said. "We have to legislate to require the parties to select at least 45% women candidates."