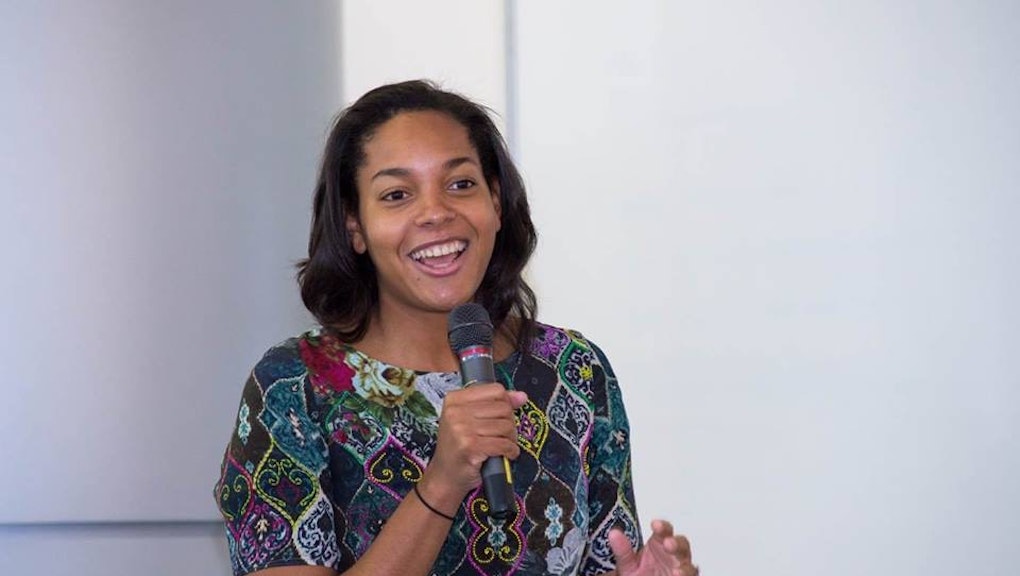 New Democratic political director: "Definitely a need to rebrand and restore faith" in the DNC

In a show of unity for the establishment and progressive wings of the Democratic Party, the Democratic National Committee has hired Amanda Brown Lierman, a former Barack Obama staff member and Bernie Sanders supporter, to become the party's political and organizing director.

Lierman was the campaign director at the climate change, labor union-backed super PAC For Our Future, where she worked since mid-2016.

"There's definitely a need to rebrand and restore faith that people have in the DNC," Lierman, 31, said in an interview. "I hope people look toward this new leadership as a step and progress on that."

Lierman has straddled the establishment and progressive wings of Democratic Party politics. Lierman worked in the Obama administration, both at the White House and Department of Energy, before leaving to run Rock the Vote during the 2012 presidential election. She was executive director of the National Women's Business Council from 2014 to last year.

By hiring a millennial woman of color to head its political and grassroots organizing efforts, the DNC seeks to boost its credibility among younger and minority voters. The party was devastated by lower turnout among minorities and younger voters during the 2016 presidential election. Lierman said the party needs to double down on the grassroots organizing strategies that worked for Sanders.

She also acknowledged the challenges the party faces, especially in convincing Sanders supporters and younger voters to trust the DNC. "We have to work with them," Lierman said of the Sanders-backed Our Revolution. She was critical of how the DNC treated Sanders in the past, saying she would take no part in favoring particular candidates.

Lierman said she has "an opportunity to bring some of the factions of the party back together again."

Tom Perez, the DNC chairman, said the hire is "essential" to electing Democrats nationwide. "We have a tough fight ahead of us, but I have full confidence that Amanda and every single one of these women and men are ready for challenge to get our country back on the right track," Perez said in a statement. The DNC did not provide a comment from DNC vice chairman Keith Ellison for this story.

Perez and Ellison, a Democratic congressman from Minnesota, fought a bitter race for DNC chair as the party split over its future in the wake of Hillary Clinton's defeat. After Perez won, he immediately gave Ellison the spotlight. Perez has toured the country with Bernie Sanders, the independent Vermont senator whose progressive message made a strong showing in his bid to become the Democratic presidential candidate.

The split in the party also played out in the House. Rep. Tim Ryan, a Democrat from working class Youngstown, Ohio, which voted heavily for Donald Trump, challenged Minority Leader Nancy Pelosi (D-Calif.) for the party leadership after Trump won the election. Ryan argued Democrats need to connect better with white, working class voters that shifted to Trump.

Lierman believes she can help the party connect with black women and rural voters alike. "They're not that far apart, in terms of what people are looking for," she said. "Mostly, they're looking for leaders they trust."