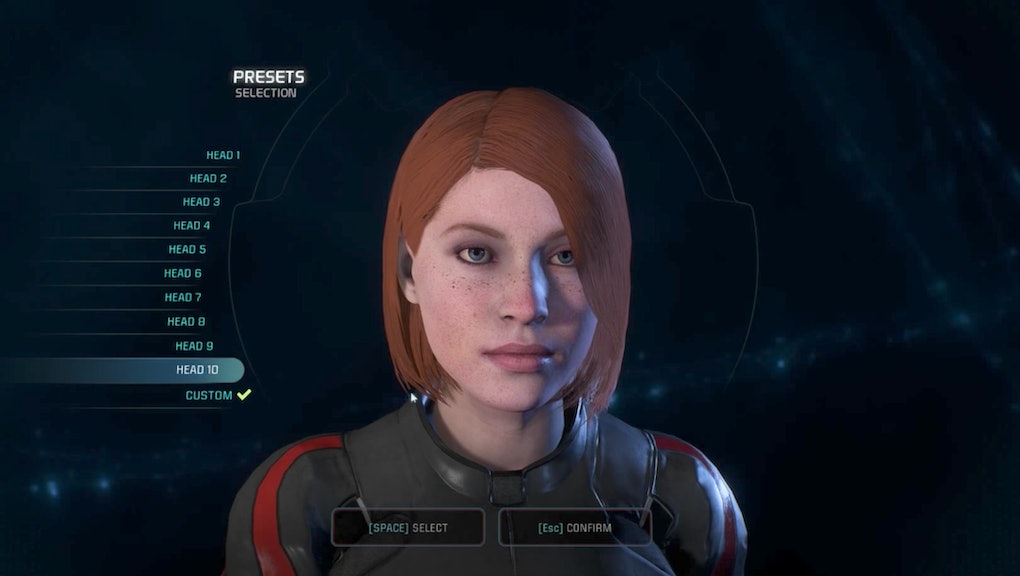 Up until Mass Effect: Andromeda patch 1.08 dropped, you had no way to modify your character's complexion. So, if you liked the facial structure of one preset but hated its ultra-visible pores, you were stuck in a no-win situation.

However, the brand-new update slightly revamps the character creator, finally adding a new complexion option and making all hairstyles gender neutral. Luckily, the update also introduced a facial reconstruction station on board the Tempest, so even if you're deep into your playthrough, you don't have to start a new game from scratch to get your character looking exactly right.

If you're ready to throw all caution to the wind, maybe you'll want to check out the two new facial presets, too. Whatever you're in the mood for, we've got all the updated character creator options below.

The video below from YouTuber Kat Tang has a great, quick overview of the new complexion and hair options. Those short, boyish hairstyles on female character models look particularly great.

If you decide that lipstick color your picked is a little too garish, or just need a fresh haircut, you can change your appearance any time on board the Tempest. To do so, head to the med bay and hang a left once you enter the doors. On the desk is a computer terminal labeled "facial reconstruction suite."

Once you interact with it, you can modify your own appearance, as well as that of your twins. Simply save your appearance, and voila — say goodbye to that regrettable dye job.