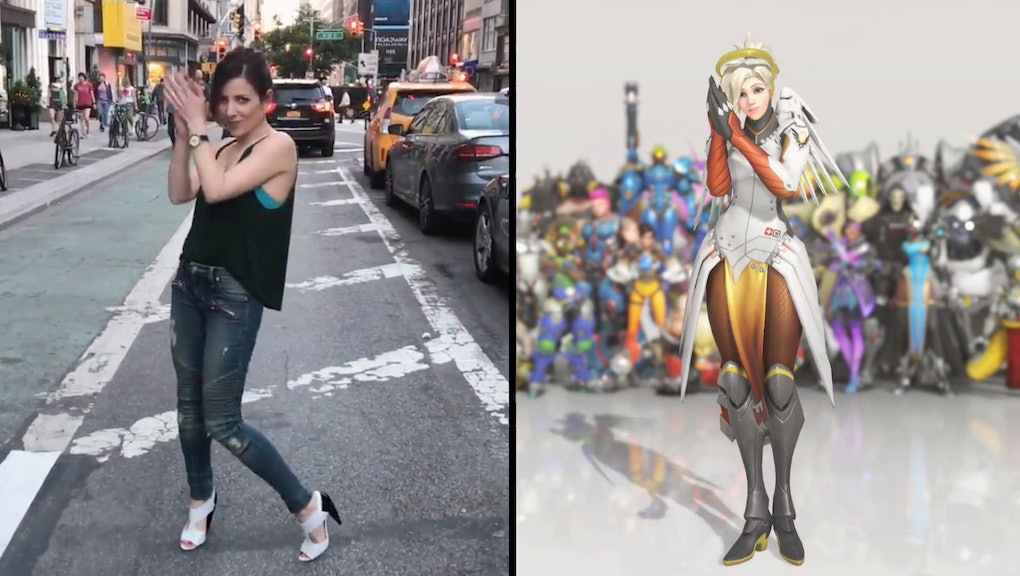 If you're not already aware of how painfully cute the Overwatch voice cast is, you are sorely missing out, my friend. In the past, Anjali Bhimani (Symmetra) and Carolina Ravassa (Sombra) have vlogged their friendly hangouts, but most of the voice cast had yet to make an appearance on either of their channels — until now.

In a new video uploaded to Bhimani's YouTube channel, she assembled footage of just about every single Overwatch voice actor performing the dance emotes their characters can unlock as a part of the ongoing Overwatch Anniversary event.

Tragically, a few, like Christopher L. Parson (Junkrat), Darin De Paul (Reinhardt) and Dolya Gavanski (Zarya) don't make an appearance, but the goofy, game-for-anything enthusiasm of everyone else more than makes up for their absence.

The full video is embedded below.