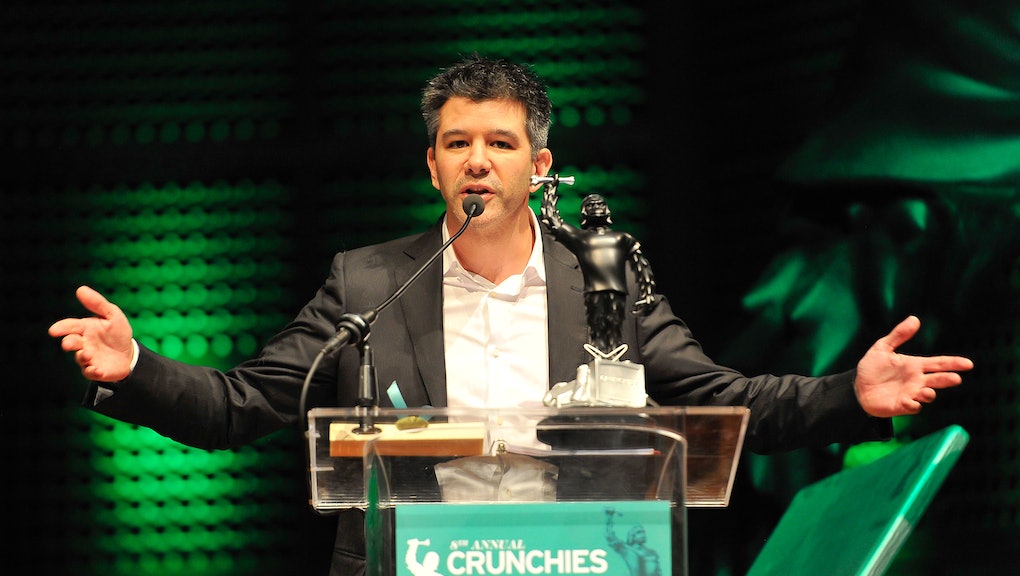 Shortly after Uber fired more than 20 employees for harassment, bullying and other offenses, a 2013 email from Uber CEO Travis Kalanick allegedly suggested the company’s “toxic work culture” may be perpetrated by the chief himself.

The email, obtained by Recode, is titled "URGENT, URGENT - READ THIS NOW OR ELSE!!!!!" In it, the CEO appears to tell the company's 400 "Uberettos" what to do if they want to have sex with each other on an upcoming work retreat to Miami.

According to the email, an employee should not try to have sex with another worker unless they "have asked that person for that privilege and they have responded with an emphatic 'YES! I will have sex with you,'" the email says. It also notes that the employees should refrain from getting it on if they work in the same "chain of command," adding that he himself "will be celibate on this trip. #CEOLife #FML."

The email also offers advice on how to deal with a slew of other potential issues, including drug use, drunkenness and the press: Don’t use drugs or narcotics "unless you have the appropriate medicinal licensing"; don’t throw kegs off the roof; and never, ever talk to the media.

"We do not have a budget to bail anyone out of jail," the email says. "Don't be that guy.”

Employees should, however, remind every local they see that the city’s transportation "sucks ass" and that "#MiamiNeedsUber." They should also direct anyone looking to speak with the CEO or founder of Uber to Max Crowley, an employee who was neither the CEO nor founder of Uber at the time, but rather a Chicago community and marketing manager.

Kalanick has long been the subject of controversy as Uber's CEO. From referring to Uber as “Boob-er” in a 2014 GQ interview for apparently turning him into a chick magnet, to publicly berating one of his drivers, Kalanick doesn’t exactly have a track record of civility.