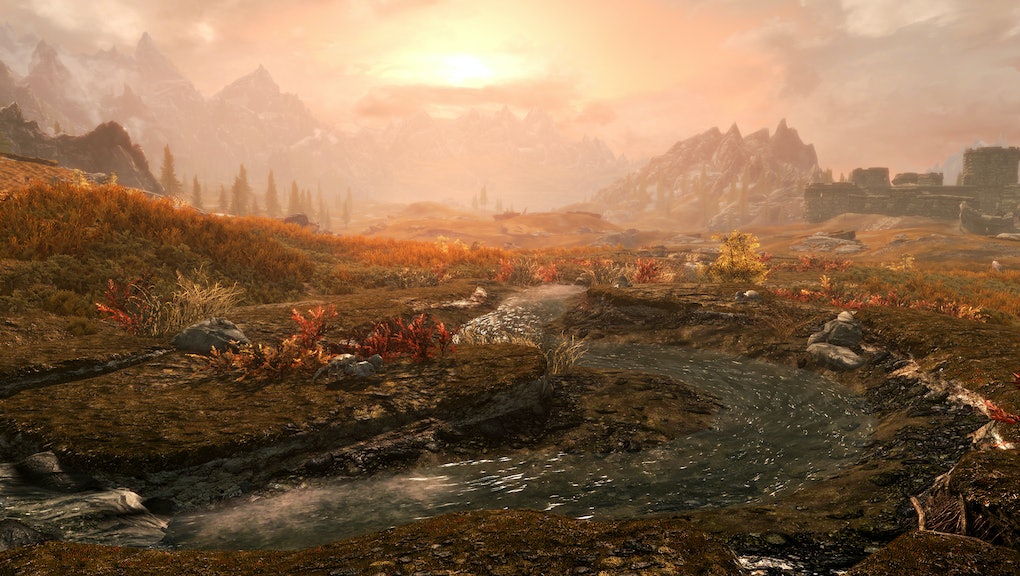 Is Elder Scroll V: Skyrim coming to virtual reality? Here's what we know about the rumored VR port.

With just one day to go until the E3 2017 news cycle really kicks into gear, it's also high time for some juicy rumor-mongering. Hey, anyone can sign up for 4chan and post a bunch of horse-hockey about video games, but that doesn't mean they're always lying.

This leak concerns Bethesda, whose new game Starfield may or may not have been leaked by 4chan. The same poster claimed to reveal another project, which would give players a fresh perspective on a classic Bethesda game if it turns out to be real.

This comes courtesy of Upload VR. The gist is that, in the same 4chan post that birthed the Starfield rumor, the poster also alleged that a VR version of The Elder Scrolls V: Skyrim is on the way. Whether this would be a separate product or merely an update to the special edition of Skyrim that launched on PS4, Xbox One and PC last year was not clarified.

However, pump the brakes on your excitement. The post suggests Skyrim VR may not be shown at E3 because it might take the spotlight away from Fallout 4 VR, which is confirmed to be at the show. This is speculation on my part, but given that Skyrim is a significantly older game than Fallout 4, it's possible the VR version of it is just a fun bonus or maybe even an internal project to make sure VR works in that engine.

In other words, it would make some sense for Bethesda to showcase the VR version of the newer, shinier game first. Of course, as with all pre-E3 gossip, this could be a bunch of nonsense designed to make journalists waste time.