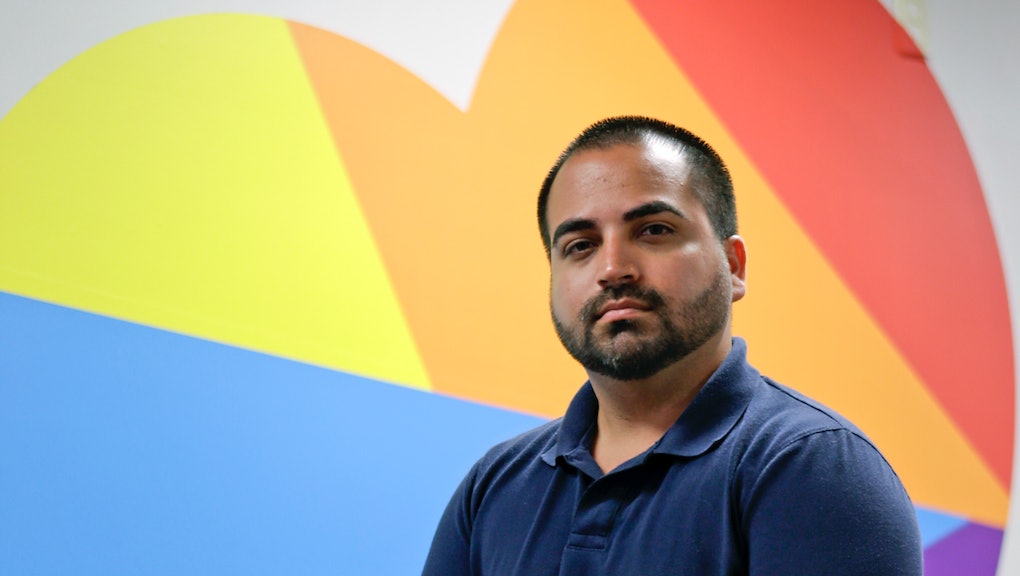 Ricardo Negron had signed his receipt and was getting ready to leave Orlando's Pulse nightclub when he heard gunshots. He saw people hit the floor, so he did the same. When the shots paused, he and others migrated to the back patio to wait for rescue. He had walked in at midnight to see a drag show, but he left a survivor of the worst mass shooting in modern American history.

Since that night one year ago, Negron has become one of the many Latinos who has started to rebuild and care for Orlando's Latino community, which the shooting devastated. As people like Negron soon saw, no infrastructure existed to help survivors and families. Through his work at the Hispanic Federation's Proyecto Somos Orlando program, he has become part of the vanguard building it.

"It's honoring. It's humbling. At the same time, it's scary," Negron said in a phone interview. "Sometimes you feel like you can't do enough because of all the needs that exist."

Through his work, Negron assures people can meet with immigration attorneys, learn conversational English and access health care. They host workshops on how to get housing and ace a job interview.

Negron's status as a survivor, he said, makes him an ally to those seeking help.

"I went through that experience. I'm really able to say, 'I know what you're going through,'" Negron said. "It allows us to connect better. I'm not coming off as a stranger."

And while caring for others is important, Negron has tried to make strides in his own life, as well. He sees a therapist and he's formed a community of fellow survivors. Around them, he says, he doesn't have to think about his survivor status as much.

"We don't talk to each other as survivors of a tragedy," he said. "We're just friends who are trying to go on with their lives."

Negron and some fellow survivors have also channeled their energy into advocacy for better gun safety laws since the shooting. Though a Pulse survivor's experience is unique, Negron said too many people in the U.S. can relate due to the ongoing gun-violence epidemic.

And despite the trauma and fear in the immediate aftermath of the shooting, Negron tried very quickly to feel normal again. The shooting happened on a Saturday and, by Thursday, he was out at Orlando's Southern Nights, another gay bar. The mood, as expected was somber. People went on the dance floor and barely danced.

"I went there because I wanted to go out and pretend to go on," he said. "I wanted to feel strong about being able to do normal things that I did."

As part of a small cohort of people who survived the Pulse shooting, Negron is highly visible member of Orlando's gay Latino community, which wasn't always something he wanted. Prior to the Pulse shooting, he was out to friends and family, but he rarely referred to his partner as his "boyfriend" or showed affection in public.

Surviving Pulse, he said, made him want to enjoy his sexuality out in the open more. He does this, he said, in memory of those who died.

"They died celebrating their lives and their love, and they were taken from us," Negron said. "And after that, I realized that I should be, too."

He added, "I should enjoy equally the moments that I am able to spend with someone else. And I shouldn't hide it."

Negron looks forward to the next year. The system he and others have worked to aid survivors and their families will be able to help them heal — without the added pressure of media spotlight.

"Every day I wish it didn't happen," Negron said. "But it happened. And we had to respond."