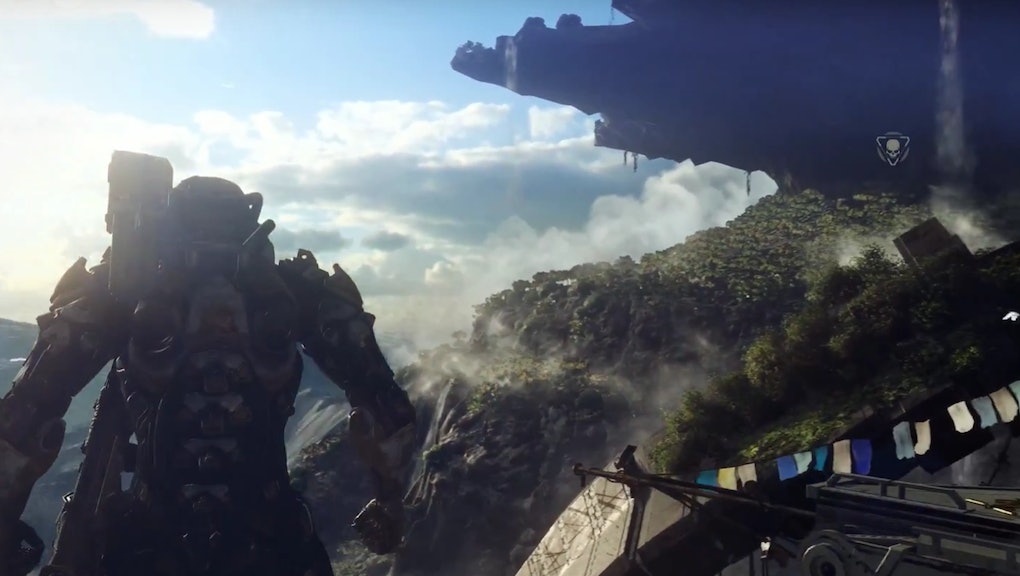 Anthem is an open-world sci-fi game where you play as a Freelancer — special explorers who leave the safety of their walled city to explore the world outside. You put on an exosuit called a Javelin and head out into the wilderness with your friends in co-op adventures.

It's set in a gorgeous, lush jungle world that you can fly through using your Javelin's jetpack. Your Javelin can be customized for different playstyles, whether you want to move quickly or be a bruising tank character. The combat looks to be gun-based like Mass Effect.

Aside from flight, you can also zoom through underwater environments. The demo showed some basic combat as well as collecting resources from a treasure chest. With RPG elements and sci-fi gunplay as well as co-op mayhem, it looks like BioWare's answer to Destiny. However, it looks like you can have four players in a squad instead of three.