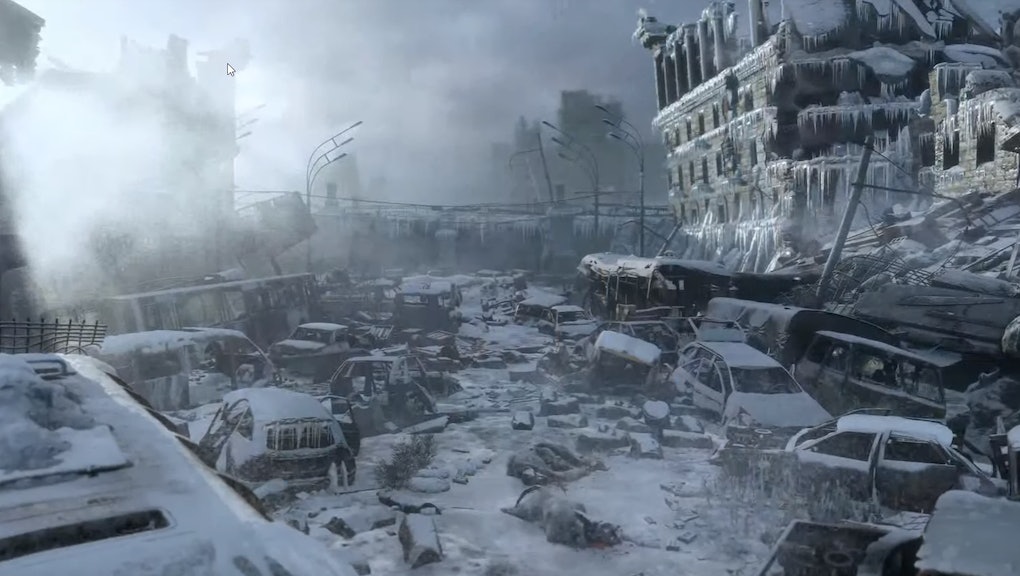 Metro Exodus debuted at the Microsoft E3 2017 press conference. Familiar elements from the original Metro game made an appearance in the official trailer. Check it out below.

The trailer features a human character walking around in what appear to be abandoned train tunnels. They loot ammo off of a corpse and proceed to get in a few altercations with wolf-like creatures and escape to a beautiful open world.

From that initial open world shot followed by the player picking up a map, we can assume that the open world will be a big part of the marketing of the game. The trailer ends with the character escaping a fight with a large bear-like creature on a zipline and getting on a train with the only other alive human we've seen so far.

Deep Silver and 4A Games' press release had this to say about the upcoming game.

In Metro Exodus, Artyom and a band of survivors must flee the shattered ruins of the Moscow Metro and embark on an epic, continent-spanning journey across the post-apocalyptic Russian wilderness. Explore vast, non-linear levels, lose yourself in an immersive, sandbox survival experience, and follow a thrilling story-line that spans an entire year in the greatest Metro adventure yet.

According to the official Xbox Twitter, Metro Exodus will be released sometime in 2018.