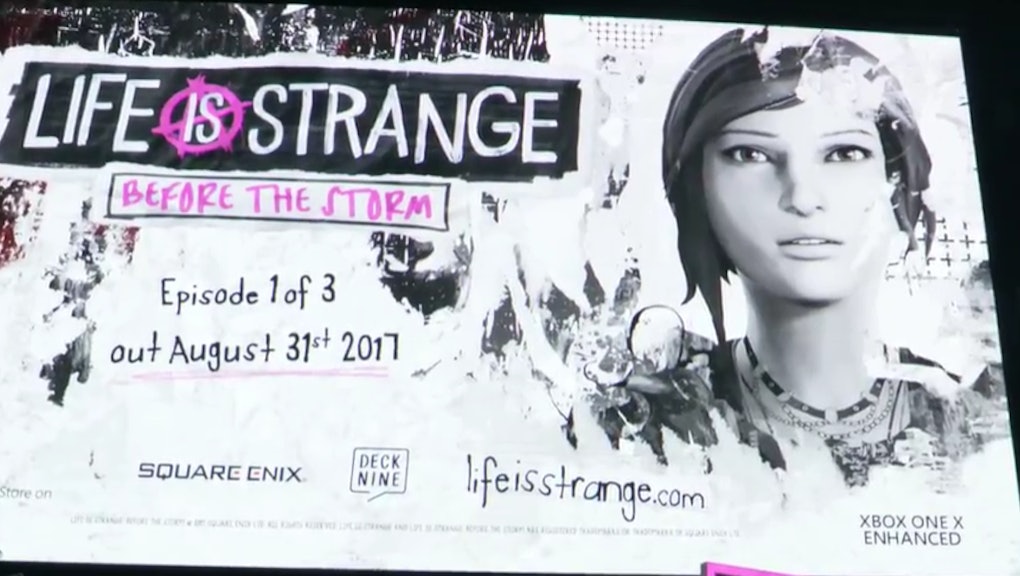 'Life Is Strange: Before The Storm' gameplay, trailer and release details revealed at E3 2017

Life Is Strange was an exceptional adventure game from Dontnod. We knew that there was another game coming, and during the Microsoft E3 2017 conference, we finally got confirmation of what it is and when it's coming out.

Life Is Strange: Before the Storm: Trailers, screenshots and what it's about

Here are some screenshots from the trailer released at E3 2017:

Square Enix and Dontnod sent along a press release to accompany the reveal, and had this to say about what to expect from the game and the story.

Life Is Strange: Before the Storm is set in Arcadia Bay, three years before the events of the first game in the series. Players will take on the role of a rebellious 16 year-old Chloe Price who forms an unlikely friendship with Rachel Amber; a beautiful and popular girl destined for success. When Rachel’s world is turned upside down by a family secret, it takes this new-found alliance to give each other the strength to overcome their demons.

Life Is Strange Before the Storm will be released on Aug. 31.