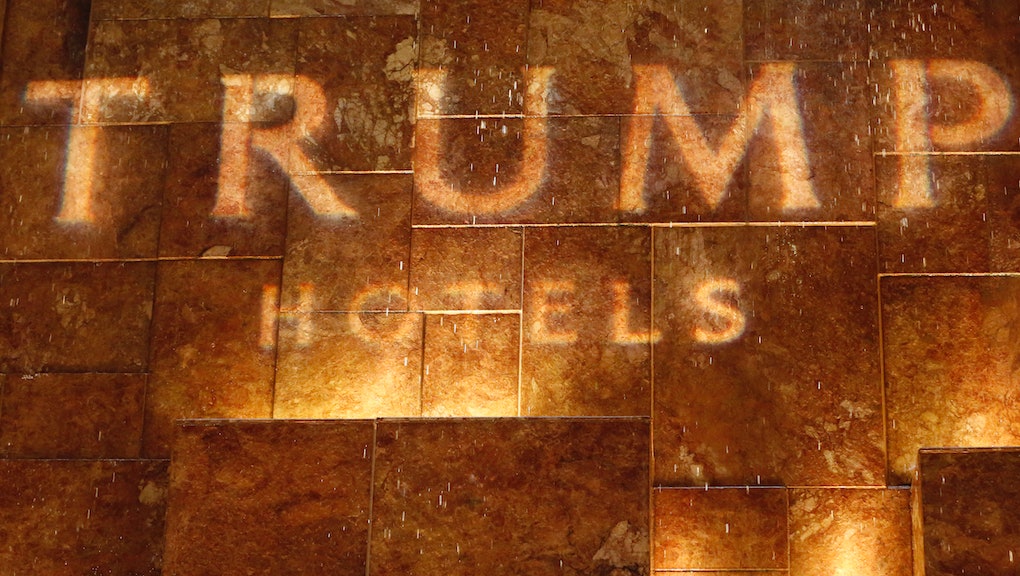 United States attorneys general from Maryland and Washington, D.C., plan to file a lawsuit against President Donald Trump Monday on the grounds that he violated anticorruption clauses in the Constitution during his time in office by accepting payments from foreign governments through his vast hotel empire.

According to a report from the Washington Post, the lawsuit — the first of its kind to be brought by government entities — hinges on the idea that Trump's promise to shift his assets to a blind trust managed by his sons doesn't go far enough in severing his public duties from his private business interests.

A signed copy of the lawsuit provided to the Post accuses Trump of “unprecedented constitutional violations,” and says that the integrity of the U.S. political system has been undermined by a president “deeply enmeshed with a legion of foreign and domestic government actors.”

“Fundamental to a president’s fidelity to [faithfully execute his oath of office] is the Constitution’s demand that the president ... disentangle his private finances from those of domestic and foreign powers. Never before has a president acted with such disregard for this constitutional prescription,” the suit reads.

Maryland Attorney General Brian E. Frosh (D) told the Post that if the case is permitted to proceed, one of the first orders of business would be to order copies of Trump's personal tax returns — a request that would likely make its way to the Supreme Court.

“This case is, at its core, about the right of Marylanders, residents of the District of Columbia and all Americans to have honest government,” Frosh told the Post. “We’ll need to see his financial records, his taxes that he has refused to release [to know the full extent of any constitutional violations].”