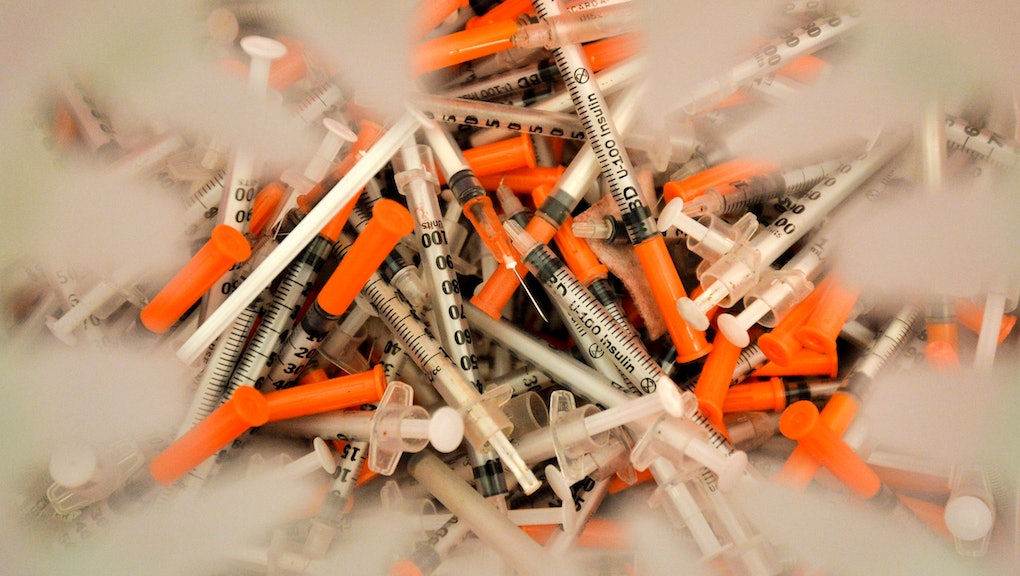 Scientists at the Scripps Research Institute are closer than ever to developing a vaccine to fight heroin addiction, the institute announced in a statement on June 6.

Researchers at TSRI have been working for more than eight years to develop a vaccine that would block the "high" that heroin users feel, making it easier for people to recover from heroin addiction by helping to eliminate the "motivation" to use the drug. Their latest findings were published in the Journal of the American Chemical Society in June.

What would the vaccine do?

The vaccine — which has been tested on rhesus monkeys — works by training the body's immune system to fight heroin molecules, creating antibodies that "neutralize" the heroin and block the molecules from getting to the brain, according the statement from TSRI.

The vaccine was just proven effective in primates, making it the first opioid vaccine to reach, and pass, this stage of preclinical testing. The research showed that, while the vaccine was most effective in the first month after it was administered, its effects lasted for eight months, with no negative side effects.

The researchers are hopeful about the vaccine's future. In a phone call on Monday, the study's leader, Kim Janda, of the Skaggs Institute for Chemical Biology at TSRI, said he believes the vaccine is only about two years away from human trials. "Starting trials shouldn’t be that difficult," Janda said. There are "not too many other hurdles" to clear, he added.

Janda said that in the years his team has been working on a heroin vaccine, he has been contacted by people struggling with opioid addiction, as well as by their parents and families, asking how they can get on the list for clinical trials.

Currently, heroin addiction is treated with both behavioral therapy and medications. Some of the medications used to treat addiction, like methadone, deliver a slower, less harmful "high" and lessen the negative effects of withdrawal. Others, like buprenorphine, work to reduce opioid cravings without creating a "high."

Then there are opioid "antagonists," like naltrexone, drugs that block the effects of opioids on the brain. But the daily doses can be difficult for patients to keep up with, according to the National Institute on Drug Abuse.

A longer-acting form of naltrexone, marketed under the name Vivatrol, only requires once-a-month injections. As the New York Times reported on Sunday, Vivatrol's sales have been rising rapidly despite a lack of research to back-up claims of its effectiveness.

Opioid addiction has reached epidemic proportions in the U.S., according to the Department of Health and Human Services, and, according to the CDC, 91 Americans die each day from overdosing on opioids. The number of deaths from opioids, including both heroin and prescription opioids like oxycodone, has quadrupled since 1999.

Despite an ongoing crisis, the GOP's American Health Care Act threatens to eliminate coverage for Americans who desperately need health care to treat their opioid addiction.

The vaccine currently in development at TSRI only works on heroin, not prescription opioids, the researchers said. But the success of the most recent testing indicates the vaccine's development will continue.

"We were really encouraged to see the vaccine produce such lasting effects in nonhuman primate models," the study's first author Paul Bremer said in a statement. The next step, according to the statement, is to license the vaccine to a company that will partner with researchers and conduct clinical trials.