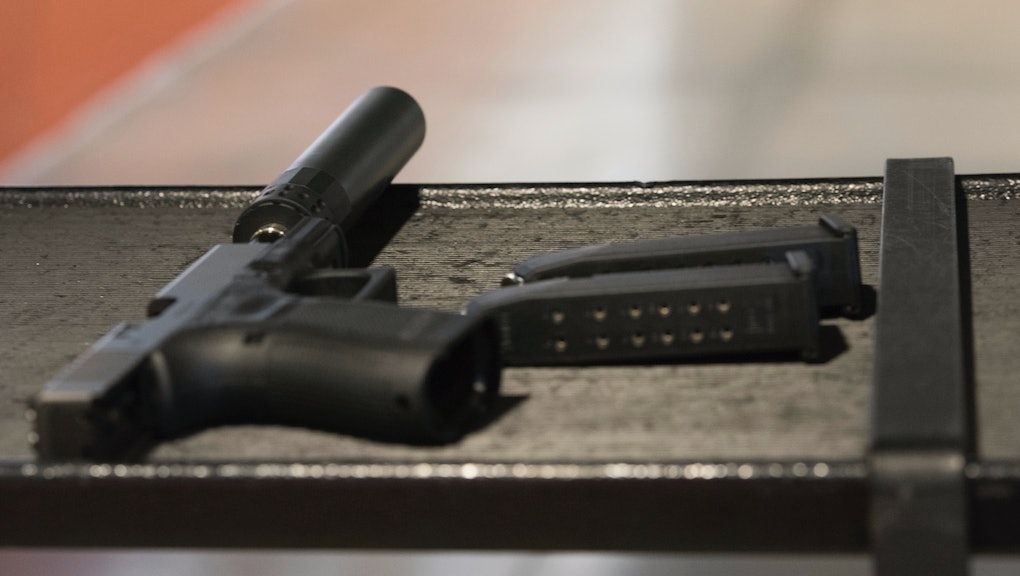 One year since the deadly Pulse Nightclub shooting that killed 49 people in a nightclub in Orlando, Florida, House Republicans are considering a bill that could make firearms even deadlier.

On Wednesday, House Republicans will hold a hearing on the Sportsmen's Heritage And Recreational Enhancement — or SHARE — Act, a relatively noncontroversial bill that deals with federal land laws. But buried in the Republican version of the bill is a provision that would remove certain key regulations on gun silencers, devices that mute the sound of gunfire.

Advocates say that the legislation would make it easier for dangerous people to purchase silencers by removing background check requirements and that it would destroy existing federal records of silencer purchases.

“As Americans mark one year since the Pulse nightclub shooting in Orlando — the worst mass shooting in our nation's history — the gun lobby is trying to sneak a dangerous provision through Congress to make it easier for dangerous people to buy silencers," Shannon Watts, founder of Mom's Demand Action for Gun Sense in America, wrote in a statement.

Silencers have been used in several deadly shootings over the past few years, including in the shooting rampage of former Los Angeles police officer Christopher Dorner, who murdered two people with a silenced weapon, fled police and later brandished a silenced sniper rifle when cornered by authorities in a national park, complicating his apprehension.

The language in the bill appears to be based on Rep. Jeff Duncan's (R-S.C.) Hearing Protection Act. When asked for comment, Duncan's office directed Mic to several news articles that argued for silencers as an aid to protect a shooter's hearing rather than a tool to make gunshots inaudible.

But gun safety advocates argue there are cheaper and more effective ways to protect one's ears while firing a weapon and that loud gunshots are an important feature that can help alert bystanders and first responders to the presence of a deadly weapon.

"This provision would profit gun manufacturers while making law enforcement's job more difficult and potentially making mass shootings even more deadly," Watts wrote in the statement. "The gun lobby's bill would benefit gun manufacturers at the expense of public safety."