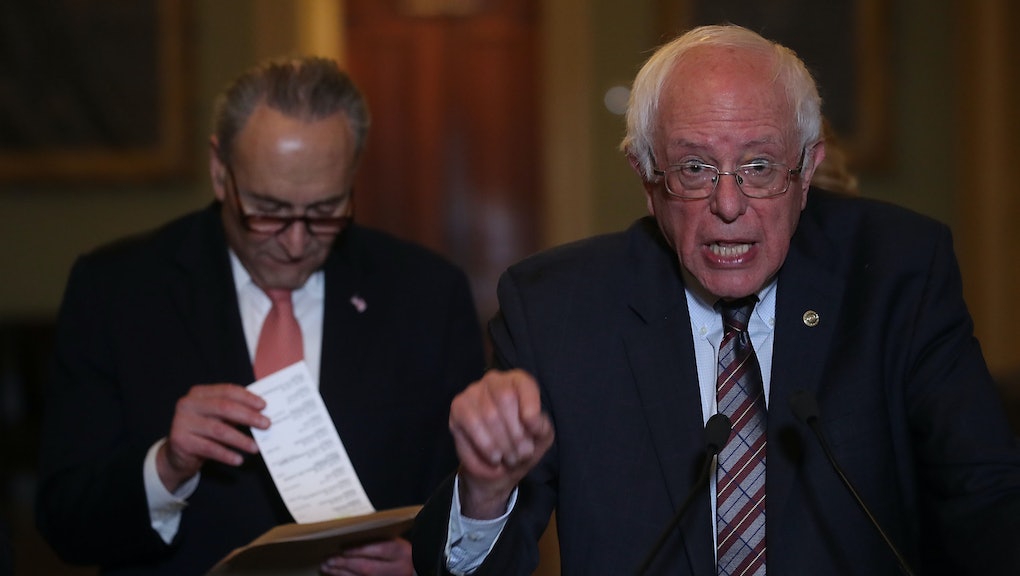 Senate Republicans are currently amending the House-passed American Health Care Act in secret, making changes to the law without any plans to hold public hearings nor solicit input from their Democratic counterparts before bringing it to a vote.

And Sen. Bernie Sanders (I-Vt.) is not pleased about it.

"BREAKING: Senate Republicans just released the schedule of hearings, committee markups and public testimony for their health care bill," Sanders tweeted with an image of a blank piece of paper, mocking the GOP's lack of transparency in the process.

Senate Majority Leader Mitch McConnell filed paperwork Wednesday to fast track the AHCA, allowing the bill to head to a vote without going through the traditional hearing process.

A nonpartisan analysis from the Congressional Budget Office finds the bill, in its current form, would not only lead 23 million people to become uninsured by 2026, but it would raise costs for older and poorer Americans and could have negative consequences for people with pre-existing conditions.

And it's not just Sanders who is taking him and the GOP to task for that decision.

Sen. Claire McCaskill (D-Mo.) laced into one of her GOP colleagues during a Senate hearing last week.

"We have no idea what's being proposed," McCaskill said. "There's a group of guys in a back room somewhere that are making these decisions."

"I know we made mistakes on the Affordable Care Act," McCaskill added, according to Business Insider. "And one of the criticisms we got over and over again was that the vote was partisan. Well, you couldn't have a more partisan exercise than what you're engaged in right now."